Home Around the House Buying your first firearm? Read this before you shop. 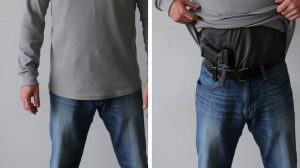 If you’re shopping for your first firearm these days, you have lots of company. One of the more telling signs of how concerned we all are about the future and the potential for social chaos is the fact that gun sales are at an all-time high. As people grow concerned the government will overturn the Second Amendment or regulate it out of meaningful existence, new gun owners are rushing to gun shops and shows.

Let us help you to avoid expensive rookie mistakes by looking at some basics. There are a few questions you must ask and answer for yourself before you buy anything.

The first question you should ask yourself is what type of firearm best fits your needs? Should you buy a handgun, a rifle, or a shotgun? Should you choose a revolver, a semi-automatic pistol, or semi-automatic rifle? Your choices don’t stop there. Once you decide which firearm type is best for you, the next thing to do is to determine what caliber of bullet is right for your defense needs.

Understanding the Basics: Shotshell vs. Cartridge Ammunition
Ammunition comes in two basic types – the shotshell and the cartridge. Shotguns use a shotshell, which typically contain a number of small projectiles. Less commonly, a shotshell may contain a single projectile, called a slug. Handguns and rifles on the other hand, use cartridges. Cartridges come in many different sizes – called calibers.Both the shotshell and cartridge ammo are fairly similar; they both have the same basic components including the case, primer, gunpowder and projectile. When fired, the firearm’s firing pin strikes the bullet’s primer. This causes a spark, which ignites the gunpowder. Gas from the burning gunpowder forces the projectile out of the case and down the firearm’s barrel.

What Should You Consider When Selecting the best self-defense round?
Understanding Stopping Power
Whenever firearms experts or enthusiasts get together, inevitably the conversation shifts to stopping power (the ability of the projectile to cause enough ballistic damage to incapacitate the target on impact). Like anything else, everyone has their own preference. Some shooters prefer big, heavy bullets. Others prefer lighter, smaller, faster bullets.

Personal Defense Vs. Home Defense
When you’re considering what type of firearm to purchase, consider first all of the potential users of the gun, and ask yourself the following questions:

• What are the laws in your area? Are there restrictions on the type of firearm you can legally own?
• What is the purpose 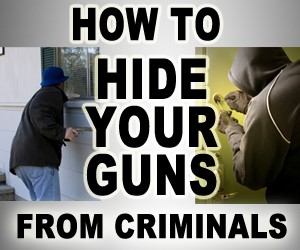 of the firearm? Is this firearm for personal defense, or for home defense?
• Is this firearm a size, weight, and style that can be easily handled by everyone who has access to, and relies on, the firearm for defense purposes?
• Is the user left-handed or right-handed?
• How many bullets or shotshells do you need or want to have access to?

Once you’ve begun to answer these basic questions, you’ll have a good idea of what to look for during your visit to your local firearms dealer or gun show.

The Pistol: A Popular Self Defense Weapon

Pistols are convenient, small, easy to carry on your person, and can be concealed in public. Semi-automatic pistols tend to be easier to shoot than revolvers, but they can be more complicated for some users. If your semi-automatic pistol malfunctions or misfires, it must be cleared manually. Revolvers have fewer moving parts, greatly reducing the chance of a malfunction in the field, but they generally hold fewer rounds.

Another factor to consider is how fast rounds can be fired out of the gun. For example, a .38 caliber revolver has one of the slowest rates of fire for any gun, due to long double-action trigger pulls. Pistols are available with double-action only (DAO), single-action only (SAO), and double-action/single-action (DA/SA) trigger pull configurations. With a DAO revolver, the hammer is cocked and released with each pull of the trigger. With an SAO revolver, the hammer is cocked manually and pulling the trigger releases it – this setup generally makes the gun easier to fire by greatly reducing the number of pounds of pressure needed to depress the trigger compared to DAO counterparts.

Most semi-automatic pistols are DA/SA. That means that the first trigger pull is double-action, cocking and releasing the hammer, and each subsequent trigger pull is single action, because the slide action of the previous shot leaves the hammer cocked.

The Shotgun: A Popular Home Defense Weapon
The shotgun is considered by many to be the ultimate home defense weapon, and they can be a very affordable option. Shotguns can have a large spread pattern depending upon what size shot is used.

When selecting a shotgun, the first thing to consider is what gauge of shot is most appropriate for the desired use of the firearm. Popular gauges include 10, 12, 16 or 20-gauge. Remember: the smaller the number, the bigger the kick.Shot sizes run from No. 12 to 000 buckshot. Keep in mind that the preferred combat round is the 00 Buck. Double-ought pellets are approximately equal to a .33 caliber bullet in size, and twelve of them fit in a 2 ¾” short magnum shell. You can also get these in standard and low recoil loads that are equipped with eight or nine pellets instead of 12.

Selecting the right type of defense weapon and ammunition is an important decision on your path to self-reliance. Taking the time and care to really consider what you want in a firearm is the best way to ensure that the firearm you purchase is both a useful and manageable choice. The most important thing to consider when choosing a firearm is your comfort. Ask your local firearms dealer about the differences between trigger pull configurations, and don’t be afraid to ask any other questions you might have.

The Squirrel says: Consider renting several different firearms at your local range to try out before you make your final decision. And once you purchase a firearm, take a basic gun course at your local range or through a club like the National Rifle Association or the National Gun Owners Association. They’ll run you through the safety, cleaning and legal aspects you should know as a responsible gun owner. Then practice with your firearm regularly. In a crisis, you will automatically fall back on that training.