The much-awaited memo composed by the Republican-controlled House Intelligence Committee was released Friday.

The memo, declassified following authorization by President Trump, alleges abuse of surveillance power by the Department of Justice and FBI.

The document was composed by House Intel chair Devin Nunes (R-Calif.), and was based on classified documents the committee had been provided by DOJ.

The memo is short, so you can read its contents for yourself. But it should first be noted that both the FBI and Democratic lawmakers opposed its release on grounds that it would present risks to national security and was not fairly written.

Democrats are currently preparing their own memo, and House Speaker Paul Ryan has announced he supports its release.

So while we don’t know what’s not in the memo, her are five takeaways from what is:

1. According to the memo, the FBI and DOJ knowingly used Democratically-funded opposition research to obtain warrants to spy on the Trump Campaign and failed to disclose this fact to the FISA court.

2. The memo alleges that the spy who had gathered the intel used to obtain the warrants—former British spy Christopher Steele, who had been paid more than $160,000 via the DNC and Clinton Campaign—had told DOJ officials he “was desperate that Donald Trump not get elected.” This crucial piece of evidence was recorded in the FBI record, but omitted in FISA applications.

3. Rod Rosenstein, the U.S. Deputy Attorney General and the man overseeing Special Counsel Robert Mueller’s probe, signed at least one of the FISA applications on behalf of the DOJ, the memo alleges.

4. The wife of Bruce Ohr, the former associate deputy attorney general recently demoted at the DOJ, worked for the firm that paid Steele (Fusion GPS). This fact was concealed from the FISA court, the memo states.

5. Though the memo would seem to damage the reputation of some government agents and agencies, there seems to be nothing in the memo that constitutes a “national security risk,” as those who opposed the memo’s release had vociferously claimed.

What does it all mean? Again, it’s difficult to say for certain without having all the information. However, if the information in the Nunes memo is accurate, the memo could prove to be a major problem for Mueller’s probe.

That’s it? Dishonest and misleading memo wrecked the House intel committee, destroyed trust with Intelligence Community, damaged relationship with FISA court, and inexcusably exposed classified investigation of an American citizen. For what? DOJ & FBI must keep doing their jobs.

Barring outright collusion with the Russian government, which appears unlikely, Mueller is likely to find himself trying to prove that the Trump campaign was attempting to obstruct an investigation by concealing the fact the campaign might have expressed interest in getting dirt on its opponent.

Absent the memo, he might have a good chance.

Mueller’s problem is that the allegations described in the memo arguably are a great deal more serious than those he’ll use to indict Trump, and any indictments would be undermined by evidence obtained in an illicit and unlawful fashion. Only time will tell, of course; but as of now, the Mueller probe looks weaker.

Not everyone seemed to think so, however.

Former FBI Director James Comey, who was fired by Trump in May 2017, fired off a tweet that began with these two words: “That’s it?”

There may be a reason for this, however: Comey himself signed three of the FISA applications on behalf of the FBI, according to the memo.

This post 5 Takeaways From that Memo on the FBI was originally published on Intellectual Takeout by Jon Miltimore. 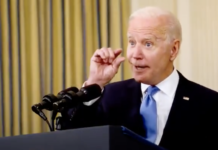 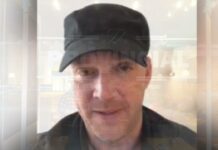