While President Donald Trump has not shied away from offering suggestions on how to prevent school shootings – including one controversial idea to arm teachers – what often gets overlooked in the conversation is research on the subject that has already been done.

This research includes one major study of school shootings conducted in part by the very agency charged with protecting the president of the United States himself – the U.S. Secret Service.

Has this research been ignored or just forgotten? I raise the question as one who has studied averted school shootings and the news coverage that followed.

Two months after the Columbine tragedy in 1999, experts from the U.S. Department of Education and the U.S. Secret Service collaborated to study the “school shooter” phenomenon. They published the study on their findings in 2002. The study focused on examining the thinking, planning and other behaviors of students who carried out school attacks. Particular attention was given to identifying pre-attack behaviors and communications that might be detectable – or “knowable” – and could help prevent future attacks.

The team studied 37 school shootings involving 41 attackers that took place from December 1974 through May 2000. Data included investigative, school, court and mental health records. In addition, 10 school shooters were interviewed to gain their perspectives from “conceptualization to execution” of the attacks. A series of findings emerged. In light of the Florida school shooting massacre and the fact that the alleged shooter drew a lot of attention prior to carrying out the shooting, those findings bear repeating here.

The case in Florida shows that many of these recommendations were followed and people spoke up when they saw something wrong. The issue is whether authorities need more power to intervene once they have been made aware of a potential threat, or whether they just need to do a better job with the power they already have.

This article was originally published on The Conversation. Read the original article. 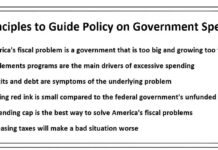