It’s time to augment the satirical columns about gun control that I shared in February and March.

Let’s start with a very useful set of definitions, sort of like this Republican-to-English dictionary, for anyone who follows what the establishment media writes about gun control. 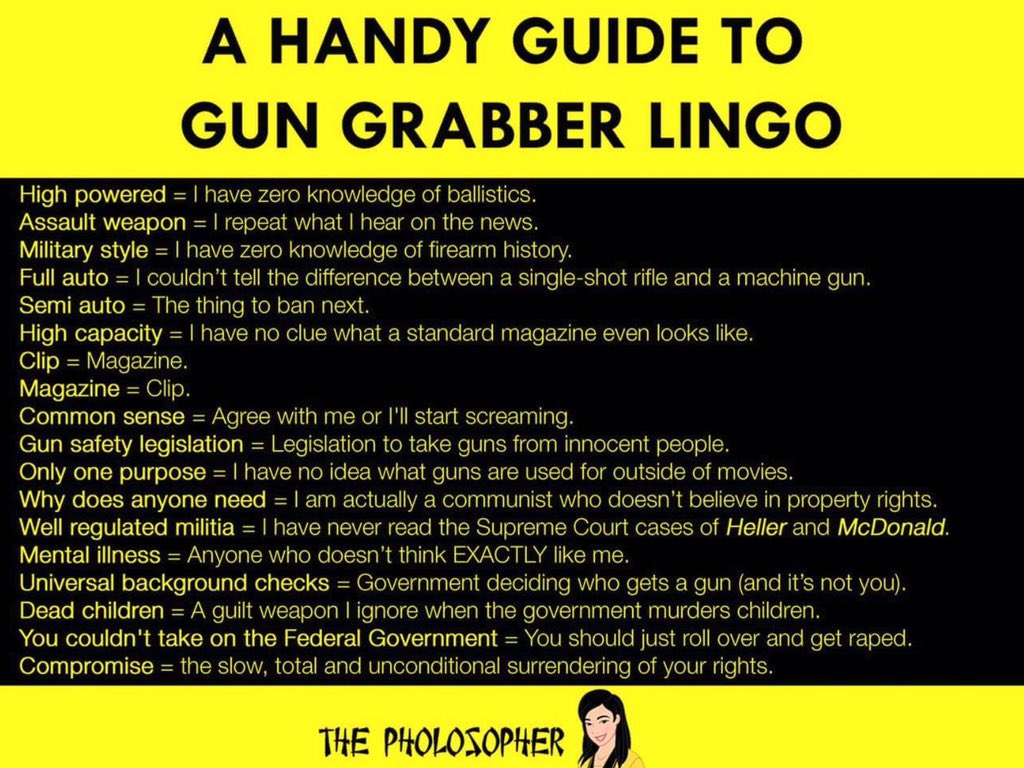 By the way, I don’t blame many columnists and reporters for being unfamiliar with guns. My knowledge also is rather limited.

But shouldn’t they do a bit of research before spouting off on the topic? Heck, just read this Larry Correia column. They don’t have to agree with him, but at least they should know the basics.

Our next item is from Reddit‘s Libertarian Meme page. It’s sort of a combination of this real sign and this satirical video. But it sadly captures the left’s mentality. 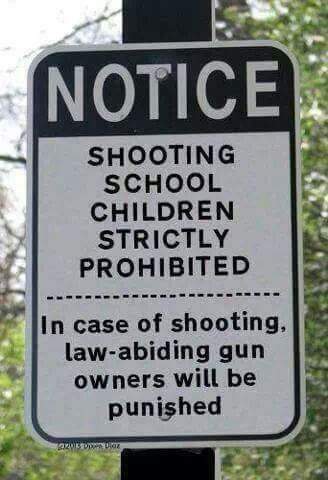 Speaking of the left-wing mentality on the issue of guns, I wonder how many of them would volunteer to be philosophically consistent and take this step to fight rape? 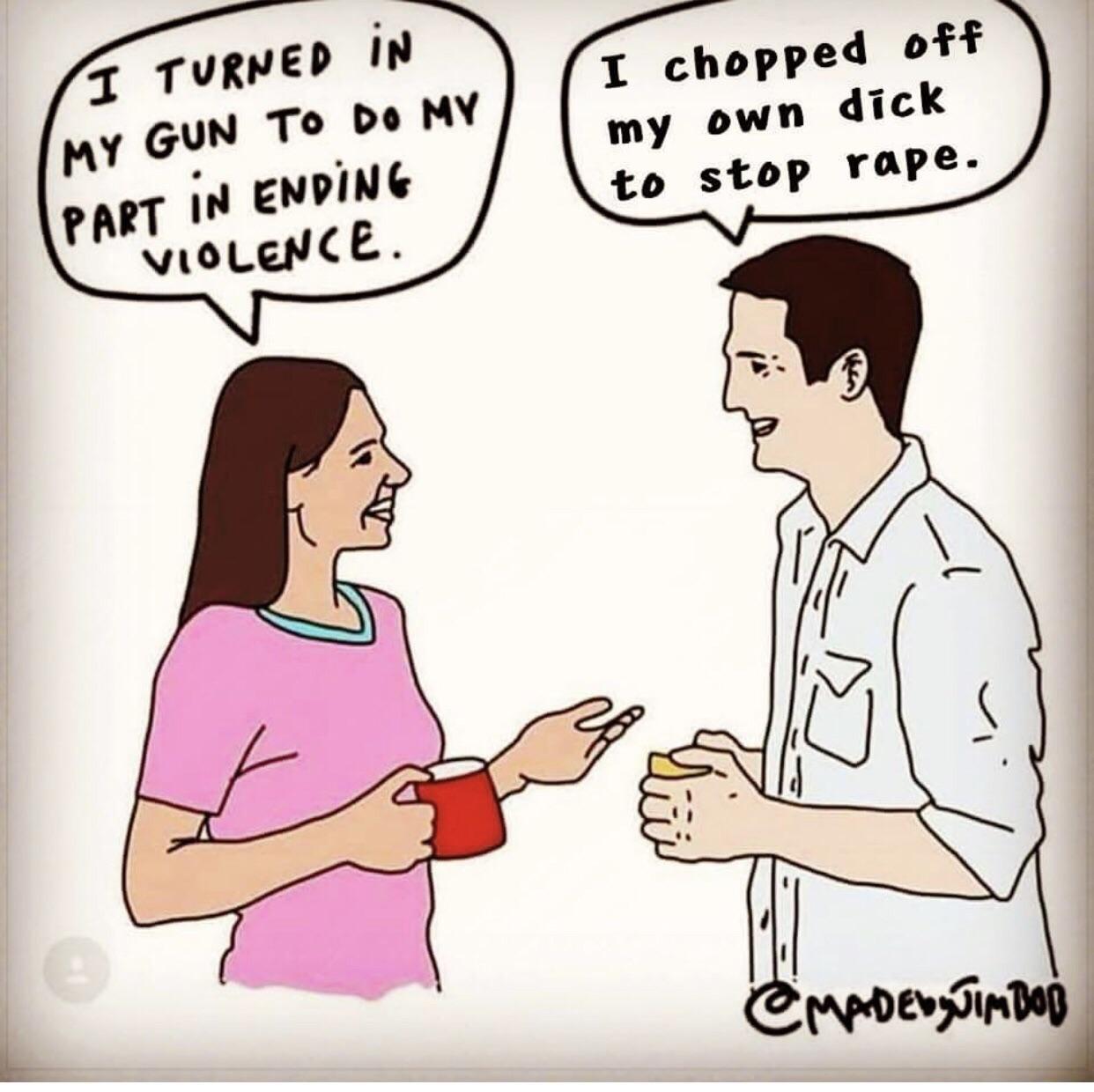 If they think full amputation is too much, perhaps they can follow the advice in the image at the bottom of this post.

This next gem is basically the Twitter version of my column last month on the 2nd Amendment, addressing the fact that most advocates of gun control, if you press them on the issue, really do want to confiscate all guns and eviscerate part of the Bill of Rights. 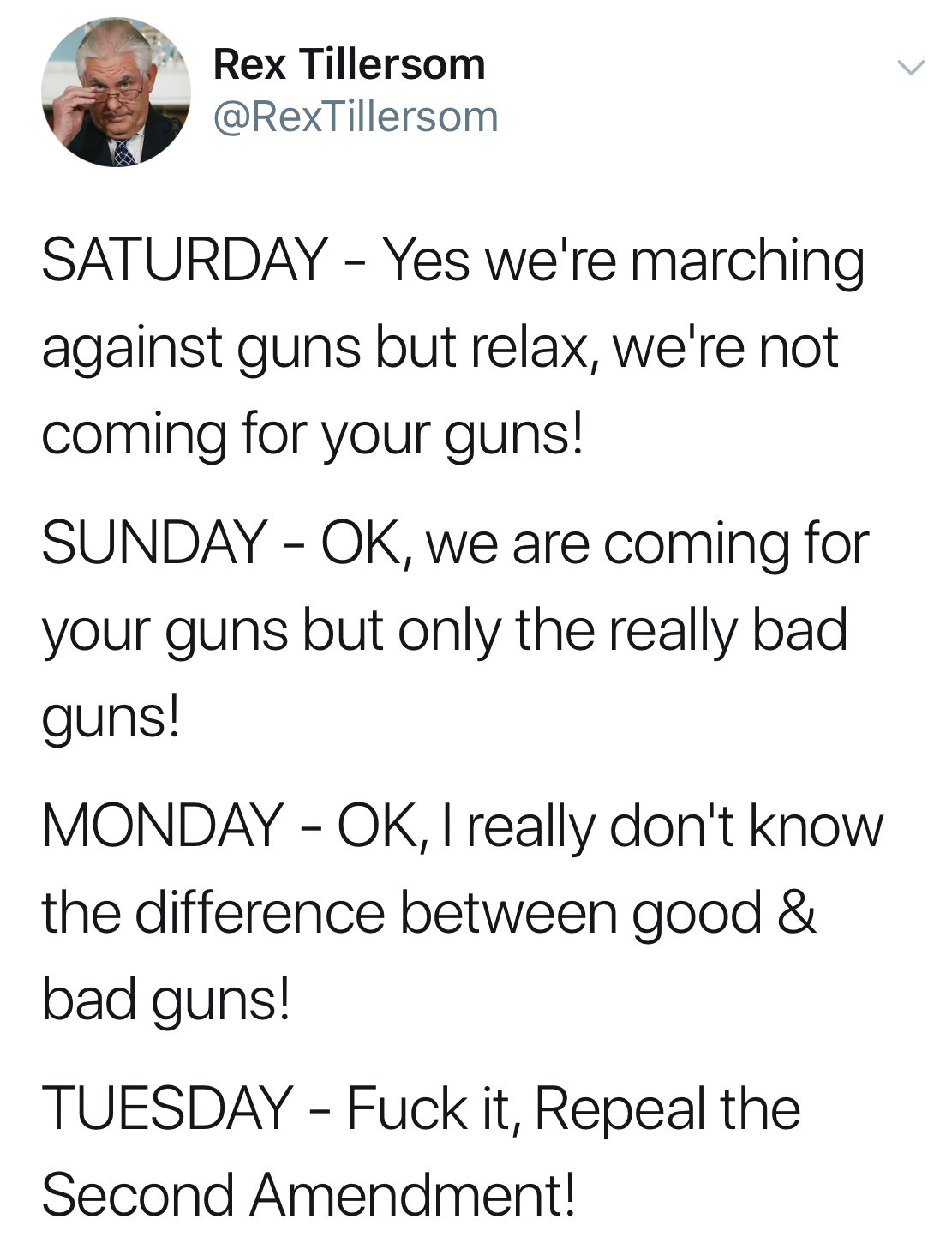 Last but not least, we have an expanded version of the anti-rape image from above. The line about drunk drivers is nicely captured by the bottom image in this column.

I also can’t resist also calling attention to the bottom image in this column. It’s perfect for your lefty friends who argue that “assault weapons” aren’t covered by the 2nd Amendment.

by Dan Mitchell is republished with permission.