Meet Max, a deaf and partially blind 17-year-old Blue Heeler from Queensland, Australia. These dogs are known for their loyalty and devotion. And they love to herd children.

Thankfully this pet knew his job when his three-year-old human got lost and spent more than 15 hours in rugged bushland in the rain: HE STAYED WITH HER.

Aurora was reported missing around 3 pm after she wandered off on her own, ABC.net.au reported. Her family searched the rural property, but could not find her.

The next morning, more than 100 State Emergency Service volunteers, police and members of the public took up the search.

Leisa Bennett, Aurora’s grandmother, said she heard the little girl’s voice from the top of the mountain about 1.2 miles away from her house and headed toward it, where she found Max.

“I shot up the mountain … and when I got to the top, the dog came to me and led me straight to her,” Bennett said to ABC.net.au. Aurora suffered minor cuts and abrasions.

Max was given the title of honorary police dog for his heroic act.  (Queensland Police) 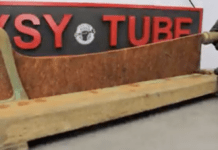 Watch as this bread slicer is painstakingly restored 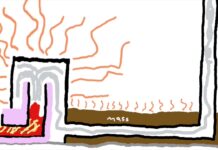 Meet the Rocket Mass Heater (and build one!)