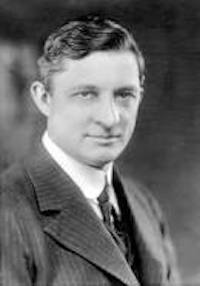 This was one of the most significant events in American history.

And welcomed the world to air-conditioning.

On December 3, 1911, Carrier presented what is perhaps the most significant document ever prepared on air conditioning –Rational Psychrometric Formulae – at the annual meeting of the American Society of Mechanical Engineers. It became known as the “Magna Carta of Psychrometrics.” This document tied together the concepts of relative humidity, absolute humidity, and dew-point temperature, thus making it possible to design air-conditioning systems to precisely fit the requirements at hand.

Over the next century, through World Wars and Depressions, (and an igloo at the 1939 World’s Fair) air-conditioning went from strength to strength, particularly in the post-war boom years. Towns and cities that were virtually uninhabitable during the summer months became bearable, so long as you stayed inside.

Which wasn’t always a good thing.

In his book, “Washington Goes to War,” journalist David Brinkley, who with Chet Huntley co-anchored The Huntley-Brinkley Report on NBC from 1956 until 1970, wrote:

“Until the late thirties, Congress usually retreated from the Washington summers by adjourning its sessions in May or June … [to] await their next session, which was in the autumn if the times were busy or the following January if they were not.  The annual sessions of Congress averaged a little over five months.

“But by the late 1930s some members [of Congress] had discovered the comforts of air conditioning … They asked to have cool air pumped into the House and Senate chambers and into their office buildings across the street. And so, in 1938, the United States Congress made a fateful decision that a few of the more cantankerous members said foretold the collapse of the Republic. It installed air conditioning. With its chambers and offices cool and pleasant, some predicted, Congress would stay in session all year and pass the additional time making even longer and more tiresome speeches, enacting more laws, spending more moneyand running the national debt higher.  Longer sessions they said, would mean more government and more taxes, more forms for the people to fill out and more bureaucrats hired to read and file them.”