Next time you board a commercial airliner, be careful not to sweat too much, glance out the window nervously, visit the bathroom more than once, or [if you are a male passenger] permit your Adam’s apple to bob excessively.  Failure to control such movements may land you on a secret government watch list as a suspected terrorist.

The above factors are not lifted from a screenplay for an upcoming episode of Sacha Baron Cohen’s “Who is America.”  They are part of an actual list of characteristics included in a previously secret federal government program, code named “Quiet Skies,” administered by the TSA (Transportation Security Administration) and the federal Air Marshal Service, in cahoots with airline personnel.

As noted in recent news reports, the program was launched in 2010 and has steadily evolved into an expanded version of the TSA’s earlier and much-maligned SPOT program (“Screening of Passengers by Observation Techniques”). Like SPOT, a Boston Globe report of the Quiet Skies program confirms that passengers are flagged for all manner of “suspicious” behavior, including but not limited to those noted above.

In a testament to the program’s faulty premises, and as noted also in the Boston Globe analysis, previous targets of this surveillance include a flight attendant and a federal law enforcement officer. “[J]eez we need to have an easy way to document this nonsense,” one Air Marshal texted his colleague; concluding that, “Congress needs to know that it’s gone from bad to worse.”

The program detailed in this latest revelation is not the first time federal agents or agencies have engaged in profiling people as an easy way to identify lawbreakers.  In the late 1970s and into the early ‘80s at the height of the War on Drugs, “drug courier profiling” was all the rage.  Atlanta’s international airport became Ground Zero for the practice of identifying suspects who were believed to be hiding illegal drugs in their bags or on their persons.

This was back in the pre-cell phone era, remember; and making a call from a public phone at an airport right after deplaning was one of several characteristics on which federal drug agents relied in deciding whether a person fit the “drug courier profile” and would be further surveilled, interrogated, arrested, and eventually charged. While some courts allowed drugs thus seized to be admitted into evidence, the practice of subjectively profiling individuals as the basis for prosecution, was deemed by many federal judges to run afoul of the Fourth Amendment’s prohibition against unreasonable searches and seizures.

Law enforcement’s interest in profiling criminal suspects as a shorthand way to nab lawbreakers, however, remains alive and well; especially in the post-9/11 world.  While such methodology may in many respects be sound, the key to constitutionally permissible profiling is to incorporate articulable characteristics in such way as is consistent with the Fourth Amendment, and without injecting factors touching on racial, religious, or other protected criteria.

The goal of TSA’s most recent profiling gambit does not appear to be so much the arrest of individual passengers based on observed behavior (although that could happen), as was the goal in the earlier “drug courier profile” program. However, there remain inherent and insidious problems with surveillance programs like “Quiet Skies.”

When passengers are “watched” surreptitiously by government agents, or by airline employees at the behest of those agents, what information is noted, in what form is it collected, where is it maintained, and for how long?  Might a law-abiding, but excessively nervous passenger find himself unwittingly on a watch list; a list that becomes part of a vast database of information subject to algorithmic manipulation that might show up in the future as a flag identifying the individual as untrustworthy, or perhaps even unfit to purchase a firearm or engage in other endeavors?

These are not crazy, hypothetical questions; and citizens have a right to know whether, how, why and to what extent, their movements are being surveilled and cataloged by government agents simply because they have decided to travel by air.

In addition to asking these important questions of TSA and other federal agencies, the Congress should demand to know why such programs are even considered necessary at all.  After all, haven’t all passengers on commercial air carriers already been subject to background checks and physical screening procedures to ensure they do not possess the tools that would be needed in order to endanger the security of the plane they already have boarded?

Flying aboard commercial airlines already is fraught with discomfort and tension.  Must we now also have to be concerned that an overactive sweat gland, a jittery Adam’s apple, or a second trip to the lilliputian restroom might land us on a secret watch list? 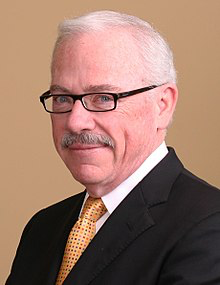 Robert Laurence Barr Jr. (born November 5, 1948) is an American attorney and politician. He served as a federal prosecutor and as a Congressman.

He represented Georgia’s 7th congressional district as a Republican from 1995 to 2003. Congressman Barr attained national prominence as one of the leaders of the impeachment of President Bill Clinton. He later ran as the Libertarian Party’s nominee in the 2008 presidential elections.