Most of us are familiar with the term “helicopter parents”, those mothers or fathers who hover over their children, obsessing about their welfare, taking an immoderate interest in their decisions, and fretting over even minor tribulations.

These anxious guardians take helicopter parenting a step farther by trying to anticipate their children’s difficulties, clearing the path for them, seeking to remove obstacles or unpleasantness before they occur. They handpick their children’s playmates. They refuse kids access to a playground they deem the least bit dangerous. They go overboard in assisting with homework assignments. On the first day of soccer practice they consult with the coach to ensure that Tim or Sally will be given plenty of playing time. They help their high school seniors compose the required personal essays for college admission and call various people requesting letters of recommendation to bolster that application. Some of these parents even accompany their eighteen-year-olds to college registration.

All too often, such coddling produces young adults who have trouble making decisions, who back away from challenges, and who feel lost without the guiding hand that steered them through their pre-adult lives.

Most parents understand the instinct behind this phenomenon. We want to protect and help our children. But most of us also want our kids to become grownups, capable, as Rocky says, of taking the hits and moving forward. We want them to be able to make decisions and stand up for themselves. We want daughters and sons tough enough to endure the storms faced by every human being.

Here are seven ways to toughen up your kids and point them toward adulthood.

Frederick Douglass once remarked, “It is easier to build strong children than to repair broken men.”

Make your children strong. Give them the ability to face and conquer challenges.

This post Taking The Hits: 7 Ways to Raise Tough Kids was originally published on Intellectual Takeout by Jeff Minick. 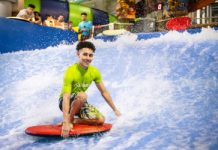 “Do, not Have” Gifting: 4 ways to gift experiences that make more memories this holiday season 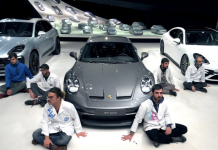 Protestors Glue Themselves to VW Showroom Floor – Stunned at Reaction! 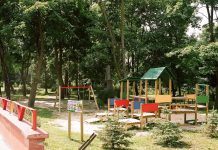