Tony was a former British Royal Marine who had served on South Georgia Island during the 1982 Falkland Islands War. He was one of the outnumbered Royal Marines who shot down an Argentine Puma helicopter loaded with Argentine Marines and damaged the Argentine Corvette ARA Guerrico before being forced to surrender by a superior force. In September of 2004 he was a private security contractor and a member of a PSD team operating in central Iraq. While on a mission north of Baghdad, Tony’s team took fire from Iraqi insurgents hiding along the highway. A round entered through Tony’s window and quite literally took his nose off in a spray of blood. Although the rest of the team was returning fire, and the driver was yelling at Tony to put pressure on his wound, he refused until after he’d emptied the magazine of his AKM at the ambushers. Tony was taken to an Army medical center for treatment and returned to our compound a few days later. He was in terrific pain and had suffered a permanently disfiguring wound, but had fought through the pain to stay in the fight and return fire.

Mike Tyson gave us a great quote about fighting. He said, “Everybody has a plan until they get hit. Then, like a rat, they stop in fear and freeze,” (Mike Tyson Explains One of His Most Famous Quotes, Sun Sentinel, November 9, 2012). And therein lies the secret of winning the fight. Anyone who has ever won a gun fight, knife fight or fist fight, went into that fight knowing they might be hurt and determined to keep fighting even if they were. This is the same mindset we all need if we are going to survive a violent encounter on the street or in our home. There are several factors to consider when developing the ability to fight through the pain.

The first and foremost is simply . . .  pain. It hurts! We can all appreciate that, but pain isn’t the same as debilitating injury. The vast majority of wounds from handgun rounds are survivable, as are knife cuts (as long as bleeding is controlled and infection is prevented. The human machine can function long after suffering a painful wound as long as the mind takes control and tells the body to ignore it and keep going. I once broke an ankle in a skydiving accident and didn’t realize it was broken. I walked around on it for a week, even going rappelling the following Saturday but it hurt worse so I went in for an x-ray and found it was broken. The point is I was able to continue to function because I told myself it was nothing serious . . . although I suppose it also helps not to be too bright. There’s not a lot I can tell you to help you prepare to keep fighting after you are wounded except to say that you need to train hard, be aggressive, and be determined that at the end of the fight you are the one who will be around to tell the story, not the other guy. Mental toughness is the secret, plain and simple.

Wounds to the strong arm/hand

Far too many shooters focus exclusively on normal shooting stances using a two-handed grip or a single hand grip with the strong hand. This is fine as long as nothing is wrong and no one is shooting back at you, but it is a formula for disaster if you take a wound in your strong arm or hand. You should practice drawing, picking up your gun from the ground, and shooting with your weak hand and keep in mind that the wound that is causing you to have to use your weak hand is probably going to hurt. Practice this by holding your strong hand behind your back and doing everything with your weak hand. Start at home with a safely unloaded gun and learn to draw, aim, dry fire, and even work out strategies for clearing a malfunction or reloading with your weak hand. Then go practice it to whatever extent you can on whatever range you have access to.

One of the primary training points of surviving a gunfight is to “get off the X.” In other words, move! But if you have taken a leg wound you might not be able to stand let alone run, dodge and weave. But you can still move, even if only scurrying along on the ground as best you can. Again, you are going to be in pain, but you have to exercise mind over matter and learn to fight through it. As for the mechanics of moving when you can’t stand, there are drills you can do that simulate having a leg wound, the simplest of which is to simply tape your legs together and practice moving around your house, then try it at a training range.

Can’t see out of your strong eye

There are a lot of aiming techniques being taught these days. Traditional close your weak eye, shoot with both eyes open, point shooting, etc., but most average civilian shooters close their weak eye and aim with their strong eye. This is fine on the range, but what if your strong eye is injured or just filled with blood flowing from a scalp wound. Not being able to see can be a major psychological factor and one you should mentally prepare for and train to overcome. Practice shooting with both eyes open, using your weak eye, and point shooting.

Let’s face the facts, with the exception of vets who have been to war and a few LEOs, most people reading this article have never been in a gunfight. I’ve been in a couple and I can tell you they are chaotic, noisy, confusing and downright scary. By the grace of God, I’ve never been wounded but I can tell you the pucker factor is there nevertheless. Add to that the possibility that you could be in pain, might see blood soaking your clothes at some part of your body, or the handgrip on your gun may be slippery with blood. While these are all physical factors, they are also psychological factors that must be overcome if you are to stay in the fight and survive a determined attempt on your life or a loved one’s. Think back to the first time you were in a fight and got punched in the face. If you got pissed off and kept fighting you’re on the right track. If you quit, that might be fine for 9thgrade but it will get you killed in an armed confrontation.

The US Army has a saying; ‘Train hard, fight easy.’ Make your training as comprehensive and challenging as possible. Always put safety first but go over the top in training and you will find that the actual doing will be much easier. Don’t stay home if the weather is bad, learn to shoot in all kinds of weather. Shoot when your fingers are freezing, shoot when it’s so hot your grip is slick with sweat, shoot in the rain and on rough ground. Practice covering one lens of your shooting glasses with tape so you can only use one eye, cover the grip of your EDC gun with a harmless lubricant like baby oil to simulate blood, put one hand behind your back and stuff it under your belt so you can’t cheat. If you don’t have access to a range where you can practice ground techniques or shoot with your legs taped together, invest in an airsoft gun and do it at home or in your back yard. Where there’s a will, there’s a way.

Survival is a comprehensive mixture of physical skill and psychological toughness. Training under all kinds of challenging conditions will give you confidence, which will, in turn, help you build a positive mindset. But the toughness part has to be dredged up from deep within you. Be a survivor, not a snowflake.

© 2018 by Mike McMaken for Self-Reliance Central. Mike is a US Army veteran with over 30 years of military, law enforcement and private security experience. He spent several years  in Iraq as a security contractor and has made trips into many of the world’s most “challenging” places. 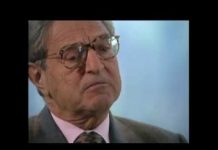 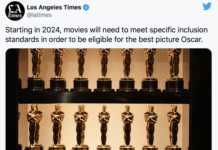