During the 2012 pro-NFL season, the press and the NFL were giving Ray Lewis of the Ravens (one of the greatest middle linebackers of all time) a rash of static for taking Deer Antler Velvet.

Turned out they couldn’t do much, as it did not contain any banned substances, and he took it in accordance with TCM (Traditional Chinese Medicine) to aid him in recovery with injuries he sustained during the game with Dallas that took him out for the rest of the season with a torn bicep and torn rotator cuff. He performed rigorous physical therapy (yes, the Deer Antler Velvet was included) and came back to play in the playoffs…all three games. Then came the Super Bowl, his last game, and then he retired.

The point: it works, and the proof that it works is that the establishment either decries it or attempts to ban it.

What Is Deer Antler Velvet and How Does It Help?

Here’s what it is. Deer antler velvet (just what the name implies) is taken from deer, elk, caribou, and moose…any of those guys. The velvet is a layer of growing antler that is harvested for its components and for its beneficial actions. TCM has been using it for thousands of years successfully. Athletes can use it to increase performance and strength: it contains amino acids, proteins, and IGF-1 (Insulin-like Growth Factor), a hormone produced naturally inside of the human body by the liver.

Deer antler velvet also has collagen, chondroitin, and glucosamine. These substances are well known and proven to aid in problems with arthritis, cartilage, and joint ailments. The velvet is packed full of anti-inflammatory prostaglandins, as well as zinc, calcium, and magnesium. It does not pose any side effects, and very few people are allergic to it or its components.

It can increase blood circulation, prevent inflammation, and speed recovery both from traumatic injuries and disease. It acts in an adaptogenic fashion. Adaptogens (to refresh) are substances that either raise or lower effects in the human body to bring it toward homeostasis. Ginseng is an example: lowering the blood-sugar levels in diabetics, and raising the blood sugar level in those with hypoglycemia (low blood sugar).

How It Helps Athletes?

For athletes and those in physical training, it increases endurance and workload and decreases the recovery time. This was proven in the 1970s and 1980s in the USSR (Soviet Union) with their numerous gold medal winners in the Olympics. The Russian Olympic teams were second to none, and yes, they also used the deer antler velvet.

Most of it these days is harvested in Korea and Australia. They do it humanely and painlessly, with no harm done to the animals. To learn more information on this, here is a really good ready-reference for more in-depth study, Deer Velvet Technical Manual Version 6.3 (pdf), and this is put out by the Deer Industry of New Zealand. The manual is 104 pages and rife with great information and charts pertaining to composition, the breakdown of amino acids and proteins, as well as helpful substances such as the prostaglandins, vitamins, and minerals. It delves into the history behind the use of it in traditional naturopathic medicines and gives the science behind it all, along with medical testing.

There are 5 pages just on athletic performance with its use, as well as cases and reports pertaining to recoveries from illnesses, surgeries, and traumatic injury. The athletic performance pages are very interesting because these chronicle studies performed by the aforementioned Soviet Union’s trainers, coaches, and doctors that prove the results in the performance of its athletes.

Be advised: if you pick it up, you want the spray or drops that are taken sublingually (that’s under the tongue, to be precise). This is because the ones taken orally in capsule or pill form are not able to pass through Mr. and Mrs. Hallmarks’ digestive tracts without loss of effectiveness. By taking it sublingually, you receive the benefits and avoid the nasty enzymes of the mouth and the friendly, acid-filled stomach of the digestive tract.

Everybody wants a name (“What’s in a Name?” Billy Shakespeare), and I strongly recommend anything coming out of Antler Farms, taken from red deer of New Zealand. AntlerFarms.com has many products to choose from and more information.

If the price is a problem, IGF-1+ is put out by NOW Sports with a 1-ounce bottle running you about $30. Generally speaking, anything they (NOW Sports) puts out is really good quality for an affordable price. Your decision (to paraphrase “Alice in Chains”), but you can go high-end or lower-end on it and still succeed.

Consider Deer Antler Velvet as a supplement to use for your daily routine, for recovery from an illness or injury, or to increase your performance athletically. You can use it for less than a night on the town. It’s a matter of prioritizing, and your physical condition should never take a back seat to anything else. JJ out!

Jeremiah Johnson is the Nom de plume of a retired Green Beret of the United States Army Special Forces (Airborne). Mr. Johnson was a Special Forces Medic, EMT and ACLS-certified, with comprehensive training in wilderness survival, rescue, and patient-extraction. He is a Certified Master Herbalist and a graduate of the Global College of Natural Medicine of Santa Ana, CA. A graduate of the U.S. Army’s survival course of SERE school (Survival Evasion Resistance Escape), Mr. Johnson also successfully completed the Montana Master Food Preserver Course for home-canning, smoking, and dehydrating foods.

Mr. Johnson dries and tinctures a wide variety of medicinal herbs taken by wild crafting and cultivation, in addition to preserving and canning his own food. An expert in land navigation, survival, mountaineering, and parachuting as trained by the United States Army, Mr. Johnson is an ardent advocate for preparedness, self-sufficiency, and long-term disaster sustainability for families. He and his wife survived Hurricane Katrina and its aftermath. Cross-trained as a Special Forces Engineer, he is an expert in supply, logistics, transport, and long-term storage of perishable materials, having incorporated many of these techniques plus some unique innovations in his own homestead.

Mr. Johnson brings practical, tested experience firmly rooted in formal education to his writings and to our team. He and his wife live in a cabin in the mountains of Western Montana with their three cats.

If you ever had any doubt…the CDC & FDA don’t work for you. They work for Big Pharma. 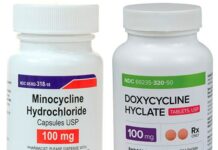 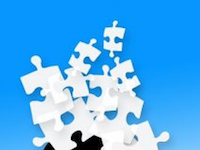