An adenovirus outbreak in a New Jersey rehabilitation center has now claimed its 10th life, 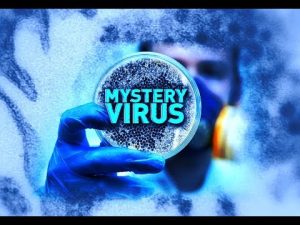 another child. So far, at least 27 children have been linked to the outbreak at the Wanaque Center for Nursing and Rehabilitation in Haskell, the New Jersey Department of Health said.

The viruses causing this outbreak are found on unclean surfaces and medical instruments. Although they may not be eliminated by common disinfectants, they rarely cause severe illness in healthy people. According to the Centers for Disease Control and Prevention,  outbreaks of the disease are common in places with large groups of children, such as child-care settings, schools and summer camps. Those with weakened immune systems have a higher risk for the severe disease and may remain infectious long after they recover from it.

About the outbreak of the adenovirus at the rehabilitation center, the New Jersey Department of Health said: “To date, the individuals associated with the outbreak became ill between September 26 and October 29. The affected children had severely compromised immune systems — including respiratory problems — before the outbreak began,” the NJHD stated.

Health officials are still searching for answers since the 10th death has been reported. According to CNN, in a statement last Tuesday, the Wanaque facility said it “promptly notified all appropriate government agencies when the virus was initially identified.” On Wednesday, an additional statement by the facility said the health department “continues to work very closely with the facility to ensure that all infection control measures are being followed.”

“The strain of adenovirus seen in this outbreak is associated with communal living arrangements and known to cause severe illness,” the state health department said. “It can be difficult to impossible to know how the virus got to the facility, what its source was, or what its specific mechanism of spread is from person to person,” New Jersey Department of Health Commissioner Dr. Shereef Elnahal said. “But we are working with the CDC on this ongoing outbreak investigation.”

The state health department said Tuesday that an inspection team at the facility on Sunday found minor handwashing deficiencies.

“Health professionals and other people don’t think of the common cold as being serious, but when you’re a child, disabled, chronic disease, immunosuppressed, elderly, multiple medical conditions, the common cold can be life-threatening,” said Dr. David Gifford, senior vice president of quality and regulatory affairs for the American Health Care Association.

This is a guest post by SHTFplan and Mac Slavo.