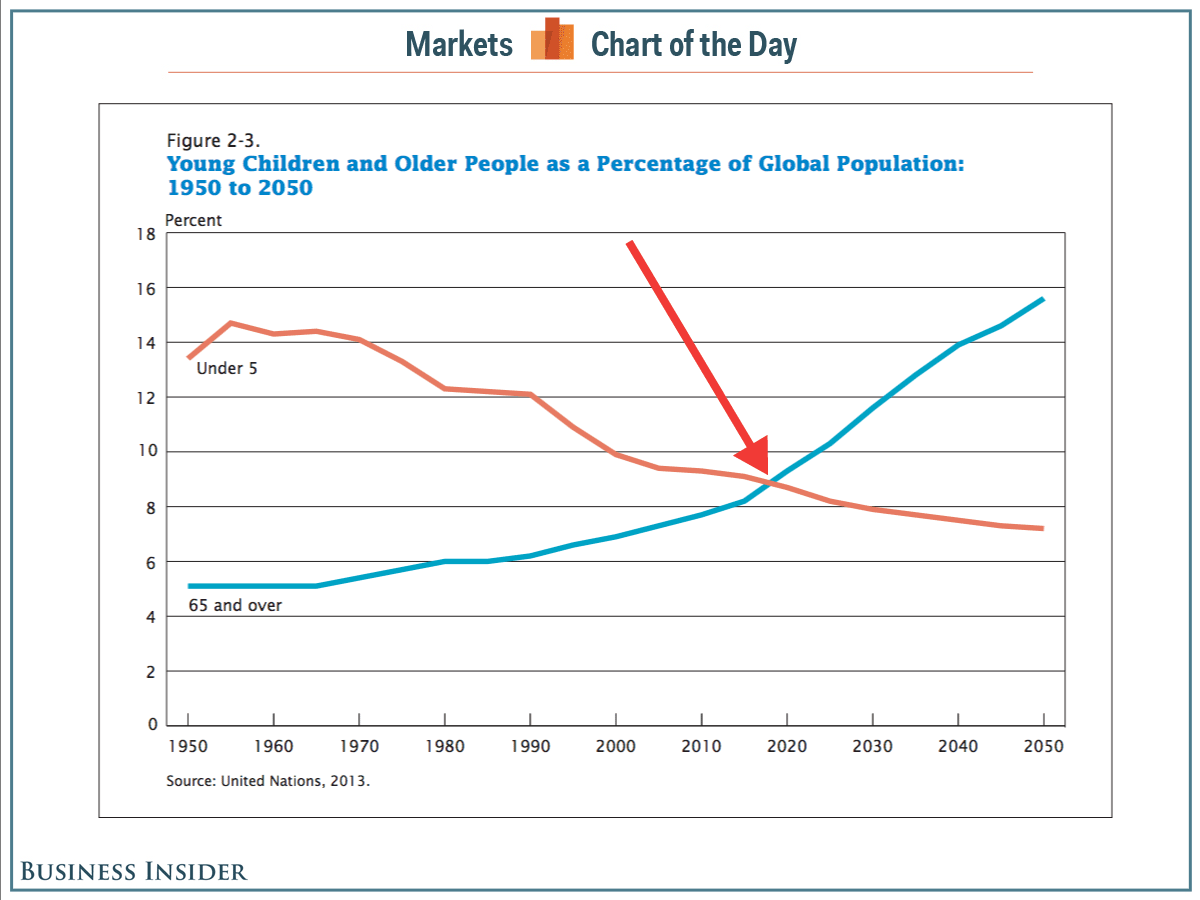 The world is in the middle of a dramatic demographic transition caused by increasing lifespansand falling birthrates.

One consequence of this change is that traditional tax-and-transfer, pay-as-you-go retirement schemes (such as Social Security in the United States) are basically bankrupt.

The problem is so acute that even the normally statist bureaucrats at the Organization for Economic Cooperation and Development are expressing considerable sympathy for reforms that would allow much greater reliance on private savings (shifting to what is known as “funded” systems).

Countries should introduce funded arrangements gradually… Policymakers should carefully assess the transition as it may put an additional, short-term, strain on public finances… Tax rules should be straightforward, stable and consistent across all retirement savings plans. …Countries with an “EET” tax regime should maintain the deferred taxation structure…

Funded, private pensions may be expected to support broader economic growth and accelerate the development of local capital markets by creating a pool of pension savings that must be invested. The role of funded, private pensions in economic development is likely to become more important still as countries place a higher priority on the objective of labour force participation. Funded pensions increase the incentive to work and save and by encouraging older workers to stay in the labour market they can help to address concerns about the sustainability and adequacy of public PAYG pensions in the face of demographic changes.

Here’s a chart from the OECD report. It shows that many developed nations already havefully or partly privatized systems. 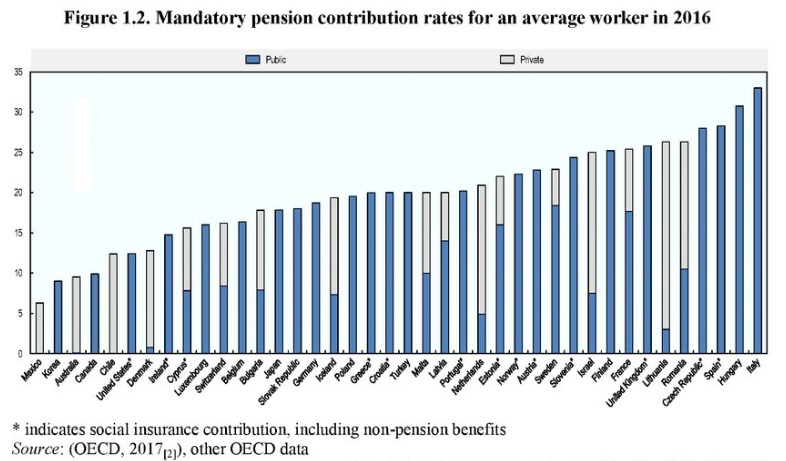 By the way, I corrected a glaring mistake. The OECD chart shows Australia as blue. I changed it to white since they have a fully private Social Security system Down Under.

The report highlights some of the secondary economic benefits of private systems.

Funded pensions offer a number of advantages compared to PAYG pensions. They provide stronger incentives to participate in the labor market and to save for retirement. They create a pool of savings that can be put to productive use in the broader economy. Increasing national savings or reallocating savings to longer-term investment supports the development of financial markets. …More domestic savings reduces dependency on foreign savings to finance necessary investment. Higher investment may lead to higher productive capacity, increasing GDP, wages and employment, higher tax revenues and lower deficits.

Here’s the chart showing that countries with private retirement systems are among the world leaders in pension assets. 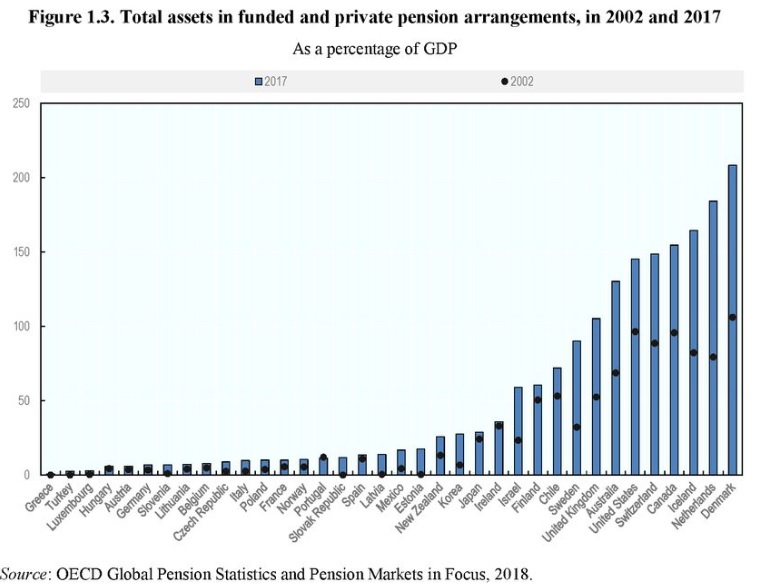 The report highlights some of the specific nations and how they benefited.

Over the long term, transition costs may be at least partially offset by additional positive economic effects associated with introducing private pensions rather than relying solely on public provision. …poverty rates have declined in Australia, the Netherlands and Switzerland since mandatory funded pensions were introduced. The initial transformation of Poland’s public PAYG system into a multi-pillar DC approach helped to encourage Warsaw’s development as a financial centre. …the introduction of funded DC pensions in Chile encouraged the growth of financial markets and provided a source of domestic financing.

For those seeking additional information on national reforms, I’ve written about the following jurisdictions.

At some point, I also need to write about the Singaporean system, which is one of the reasons that nation is so successful.

P.S. Needless to say, it would be nice if the United States was added to this list at some point. Though I won’t be holding my breath for any progress while Trump is in the White House.