Is it the centrally planned economies of Cuba and North Korea? Or the kleptocracies of Zimbabwe and Venezuela?

How about the interventionist welfare states of Greece, Italy, and France? Or the redistribution-oriented Nordic nations?

Since socialism means different things to different people, the answers will be all over the map.

But there’s one constant. However it’s defined, it doesn’t work.

Joshua Muravchik, writing for the Wall Street Journal, shares the many and inevitable failures of socialism.

It’s hard to think of another idea that has been tried and failed as many times in as many ways or at a steeper price in human suffering. …Marx (1818-83)…called his vision “scientific socialism.” Inspired by the dream of proletarian revolution overthrowing capitalist immiseration, socialist parties sprouted across Europe. Yet instead of growing poorer, workers in industrialized countries saw improvement in their living standards; and instead of disappearing, middle classes expanded—all disproving Marx. …Lenin pioneered modern communism, which in the 20th century was imposed on 18 countries and one-third of mankind. Repression was justified by socialism’s purported economic benefits, but the actual trade-off entailed economic misery and the snuffing out of as many as 100 million lives. …“Social democrats” and “democratic socialists” rejected Lenin’s methods. But their goals remained transformational. …British Labour Party leader Clement Attlee…sought to bring “main factors in the economic system”—including banks, mining and energy—under “public ownership and control.” Nationalization worked so badly, however, that Attlee soon beat a retreat and was voted out in 1951.

Though there was plenty of socialism until Margaret Thatcher was elected.

And if you consider the creaky National Health Service, some sectors of the economy remain socialized.

Anyhow, self-described American socialists claim they simply want to be like Scandinavian countries.

Yes, they have expensive welfare states (which have hampered growth), but markets determine how resources are allocated.

The bottom line is that socialism has failed every place it’s been tried.

Socialism has failed everywhere it’s been tried… Surely today’s young people can create their own ideas and make their own mistakes rather than repeat those that darkened the times of their parents, grandparents and the generations before.

Now let’s look at a column by Richard Geddes of the American Enterprise Institute.

He notes that there’s a grim relationship not only between socialism and economic failure, but also that the ideology has a long list of victims.

Socialism has an abysmal record in the twentieth and twenty-first century, its effects include economic destruction, failure, and misery — Venezuela being the latest in a long line of wretched examples. Yet today, Democratic Party leaders such as Bernie Sanders and Alexandra Ocasio-Cortez are still proud to adopt the label of “democratic socialist.” …the more rigorously socialist principles are applied, the greater the human suffering, regardless of race, creed, or geographic location. …the grim statistics of those who died in the Soviet Union and elsewhere in the name of socialist experimentation (such as those who suffered forced starvation during the collectivization of agriculture) are pegged at about 100 million.

Geddes looks at the argument over how to define socialism and notes that regulation can be a back door form of socialism.

The Oxford English Dictionary defines socialism as: “A political and economic theory of social organization which advocates that the means of production, distribution, and exchange should be owned or regulated by the community as a whole.” New socialists argue that the distinction between government ownership and regulation is critical, and that they want extensive regulation but not nationalization. Yet, if regulation is sufficiently intrusive and onerous, private property rights are neutered, and control is effectively transferred to the socialist state.

That’s also a good definition of fascism, for what it’s worth. In other words, nominal private ownership, but the heavy hand of government actually determines how resources are allocated.

Geddes notes that American socialists don’t favor dictatorship, but that doesn’t change the fact that their policies will have a very adverse impact on the economy.

New socialists argue that, unlike their 20th century counterparts, they oppose the use of force to achieve their policy goals, instead preferring peaceful democratic processes. …however, whether socialist ends are achieved through forceful or democratic processes matters little when it comes to the nefarious effects of policies such as “free” healthcare, “free” college tuition, and so on. The destructive effects on both the supply and demand side of those markets would be much the same in the end.

My two cents is that the Scandinavian nations are not socialist based on the technical definition.

And here’s my amateur depiction of how that works, with degree of intervention measured from top to bottom. Notice that Sweden is well above the line and isn’t socialist (indeed, it is farther from socialism than the United States.

But if everyone now thinks socialism simply means a lot of redistribution, then we get a different picture.

Under this Crazy Bernie/AOC approach, Sweden is to the right of the line and is socialist but (perversely) Venezuela doesn’t qualify.

But maybe the way to accommodate both the traditional definition and the modern usage is to draw a diagonal line.

Here’s my depiction, and I deliberately put Sweden on the socialist side to make some of my lefty friends happy (though if you’re looking at overall levels of economic freedom, they shouldn’t be socialist unless the United States also is socialist).

The obvious takeaway is that it’s best to be near the top left, near Hong Kong. And it’s also good to avoid the bottom right (Venezuela being closest to that corner, which makes sense since it is in last place according to Economic Freedom of the World).

P.S. Since I bent over backwards to define socialism in ways to make the left happy, I will atone by calling attention to my collection of socialism/communism humor.

P.P.S. The Soviet Union, as far as I understand, didn’t have any sort of welfare state other than meager pensions for the elderly. So it’s in the lower left. 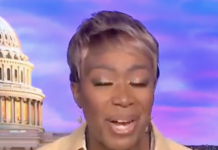