Home APPROPRIATE UK USE Blast from the Past: Ice Harvesting

Did you ever wonder how food was kept fresh in the days before refrigeration? It involved “putting up” ice in icehouses and then moving it block by block into the kitchen icebox when needed. In the city, icemen would come door-to-door delivering ice blocks that weighed anything from 25 to 100 pounds. In those days children would follow the iceman’s cart hoping to pick up ice shards as they dropped. The iceman’s bells began the tradition of the ice cream truck of today.

Ice was placed in the top compartment of the icebox. Just like in the refrigerators that became available in the 1920s. Cold air would sink down, pushing out the warm air at the bottom and keeping the contents of the icebox cool. In the country ice was “harvested” in January or February when pond ice was at its thickest. Workers stuffed their boots with newspaper to keep warm as they worked on the ice for up to 13 hours at a stretch. The ice was first chopped with an axe and then cut with an ice saw.  These are still available today although now the chainsaw is gas-powered.

The ice had to be cut into blocks at least 13 inches deep — strong enough to hold the weight of the men cutting it. The blocks were lifted with huge ice tongs and carried to the icehouse.  Farmers stacked the blocks high in their icehouses to ensure maximum cooling. They would fill the space left at the top with hay or sawdust. Icehouses were small structures made of wood and insulated with hay or sawdust. Sometimes they were underground chambers cut right into the hillside.

The ice was used to cool drinks, keep foods fresh and make ice cream. Dairy farmers used the ice to keep milk and cream from spoiling as it traveled to city markets. It was common that half a ton of ice per cow was needed for the summer months.

Interestingly, Boston businessman Frederic Tudor began shipping ice to New Orleans and Charleston, SC and by the 1830 s was transporting ice as far as Calcutta. By 1890 the US exported 25 million tons each year. Insulation was the secret and, like the dairy farmers of the northern states, the shippers used sawdust in their holds. The blocks were stacked tightly together and the air trapped between the sawdust’s particles kept warmth out. It was said that a well-stacked, well-insulated pile could stay frozen for years. I guess if anyone wanted to do this the technique would still work today. 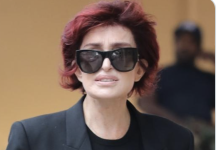 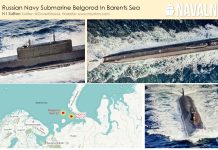 Is Putin planning to launch “bus-sized nuclear torpedoes” at US? 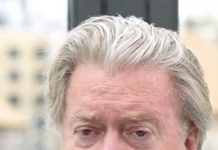 Did Musk just turn down deal to help Trump?