Home Government Environment Ocasio-Cortez: We must reduce human population to save Earth

Is she getting crazier?

Unhinged socialist Congresswoman Alexandria Ocasio-Cortez recorded a bizarre video in which she claims the Earth’s climate is giving her nightmares and she’s planning to have one less child to stop the planet from overheating.

In another of her rambling Instagram videos, Ocasio-Cortez talks about her recent vacation, which she couldn’t enjoy because she was obsessed with “the climate crisis.”

“How can we save the climate. I’m trying to have a nice life.” Ocasio-Cortez moaned. “Even while I was on vacation I woke up in the middle of the night at 3:30 in the morning just concerned about climate change.”

That’s when she decided there was only one way to stop so-called “global warming”: reduce the number of humans on the planet.

“Even now, you know when you put climate change on top of that, I know that I want to perhaps have one less child than I thought I would maybe have,” said Ocasio-Cortez, claiming that the cause of “global warming” (which actual scientists say doesn’t exist) is there are too many people.

She’s not alone in claiming the only way to save the planet is to reduce human populations. Prince Harry and Megan Markle also announced they are limiting their family to two kids, citing “global warming” as the reason.

If you think this is a recent trend, environmentalists have long called for government-imposed birth control to address whatever ecological phenomenon is that decade’s trendy cause.

From “global cooling” in the 1970s, to “acid rain” in the 1980s, to the “ozone hole” in the 1990s, to “global warming” in the 2000s to “the climate crisis” today, enviromentalists have called for government-imposed birth control to solve it.

“The right to have children should be a marketable commodity, bought and traded by individuals but absolutely limited by the state,” said Kenneth Boudling, a prominent economist and one of the early creators of environmentalism’s “sustainability” theory.

“Compulsory control of family size is an unpalatable idea, but the alternatives may be much more horrifying,” wrote environmentalist John Holdren in 1978, before going on to become President Barack Obama’s “Science Czar.” “A far better choice, in our view, is to expand the use of milder methods of influencing family size preferences, while redoubling efforts to ensure that the means of birth control, including abortion and sterilization, are accessible to every human being on Earth within the shortest possible time. If effective action is taken promptly against population growth, perhaps the need for the more extreme involuntary or repressive measures can be averted in most countries.”

What Ocasio-Cortez promotes, reducing human populations to solve a made-up problem, may sound like a fringe idea, but it’s a long-time liberal goal that’s only gaining support among the radical Left. 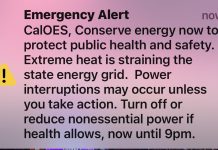 California Takes Insane Energy Strategy to the Next Level 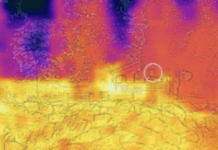 It’s Worse than We Thought! 96% of Climate Records Corrupted By This