The doorbell camera company Ring has opened their network of doorbell cameras to over 400 local police forces nationwide and the number is only rising.

Police can automatically request video from the millions of cameras the company has installed and Ring is investing in facial recognition software to make the surveillance more complete.

Ring is owned by internet giant Amazon who paid $800 million for the startup just last year.

The close connection between police and Ring has surprised many civil libertarians who have been watching the rise of monitored surveillance.

“If the police demanded every citizen put a camera at their door and give officers access to it, we might all recoil,” said Andrew Guthrie Ferguson, a law professor and author of “The Rise of Big Data Policing.”

By tapping into “a perceived need for more self-surveillance and by playing on consumer fears about crime and security,” he added, Ring has found “a clever workaround for the development of a wholly new surveillance network, without the kind of scrutiny that would happen if it was coming from the police or government.”

Ring users can also share their video feeds within a social media network called Neighbors. These video bits contain all manner of content without any privacy restraints.

However, police can use tools to scan for Ring cameras in any area and then demand video footage from cameras in their designated area.

Ring said it would not provide user video footage in response to a subpoena, but would comply if company officials were presented with a search warrant or thought they had a legal obligation to produce the content.

“Ring does not disclose customer information in response to government demands unless we’re required to do so to comply with a legally valid and binding order,” the company said in a statement.

Ring users consent to the company giving recorded video to “law enforcement authorities, government officials and/or third parties” if the company thinks it’s necessary to comply with “legal process or reasonable government request,” its terms of service state. The company says it can also store footage deleted by the user to comply with legal obligations.

In essence, a nationwide surveillance network under the thumb of internet giant Amazon has been set up and coordinated with local police forces. Watch yourself because its highly likely that no matter where you are now, someone in law enforcement is watching you. 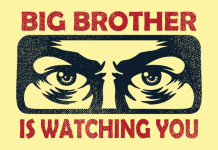 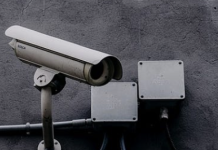