A 71-year-old man found himself in “a boxing match” with a bear who broke into his Colorado home.

Jon Johnson and his wife, George Field, were watching TV at 8:45 p.m. in the living room of their Jefferson County home when he heard a loud noise in his kitchen, Colorado Parks and Wildlife reports.

Johnson went into the kitchen to investigate and found himself face-to-face with a female bear, who broke through a screen door looking for food for her cub.

“It was growling, I was growling,” Johnson told KCNC-TV. “Between the two of us, we were having a lot of attitude.”

Johnson was forced to fight the bear with nothing but his fists.

As the bear’s claws sliced into Johnson’s face, arms and chest, his wife grabbed a baseball bat and joined the fight.

“All I remember seeing was a big brown blob in front of me,” Field said. “I empowered myself. I’ve never been that strong. I whacked that bear as strong as I could… you would have thought I was a Louisville slugger.”

That’s when the bear fled back through the broken screen door, taking her cub with her.

Under CPW policy “when a bear attacks a human resulting in injury, that bear must be euthanized.”

Officers hunted for the bear for several hours, eventually finding a female bear with a cub just 900 yards from the home. The bear was euthanized and DNA samples will be tested to confirm if it was involved in the attack. The cub fled and could not be found.

“This time of year, bears are filling their bellies with food to prepare for the coming winter so you’re more likely to see them out foraging. Please be safe and check out these good tips from CPW for living with bears in your neighborhood,” the Jefferson County Sheriff’s Office notes. 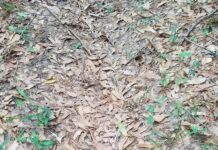 They’re waking up! Don’t stand on one! 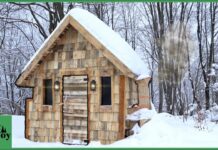 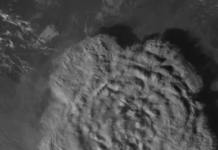