From asking NASA to give her a picture of the flag Neil Armstrong put on Mars to being banned for life from Continental Airlines, Democrat Congresswoman Sheila Jackson Lee knows how to make headlines.

If only she knew anything about guns.

With the debate over guns raging, “The Congresswoman,” as she demands her traumatized staff address her, was where she can usually be found.

In front of the nearest TV camera.

She told them the harrowing, terrifying tale of how she once held an AR-15.

I think she may have gotten some details wrong.

“It is as heavy as 10 boxes that you might be moving,” she then claimed, even though she’s notorious for making her staff hold everything for her, including her coffee.

But she wasn’t done there.

“And the bullet that is utilized, a .50 caliber, these kinds of bullets need to be licensed and do not need to be on the street,” she concluded.

Why is the anti-gun movement so completely and hilariously ignorant of what guns are and how they work?

It’s not like animal rights activists don’t know what meat is, or environmentalists can’t explain what a car is. 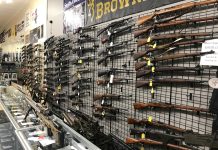 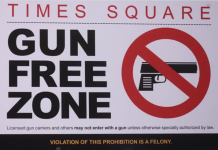