Americans are, by and large, more prosperous than they’ve ever been without being noticeably less equal.

The Census Bureau released its annual report today on “Income and Poverty in the United States: 2017” with lots of new, updated data on household and family incomes, and household demographics through 2017. Below are four charts with commentary based on the new Census data on household income through 2017. Shortly, I’ll post my annual analysis “Explaining US income inequality by household demographics;” here’s my post from a year ago for 2016 data. Download it here.

That $12,000 annual increase in real household income translates into a much higher standard of living for the average American.

Although it doesn’t get as much attention as median income because it’s influenced by outliers on the high-end, average household income also increased to a new record level last year of $86,220, which was an increase of 1.5% from 2016 and the seventh consecutive annual increase starting in 2011.

And when you consider that the cost of most manufactured goods and many services including clothing, footwear, appliances, electronics, TVs, household furnishings, sporting goods, airline travel, telephone service, computers, and automobiles have become cheaper and more affordable over time (relative to increases in overall consumer prices and incomes), along with the increased availability of services that are now almost free (GPS, music, cameras, Craigslist listings, Wikipedia information, Facebook, Twitter, blogs, etc.), that $12,000 annual increase in real household income since 1975 translates into a much higher standard of living for the average American today compared to a generation ago.

The chart above shows annual median income from 1949 to 2017 for families headed by married couples with both spouses working. Income for a typical family in this group reached an all-time high last year of $111,000, and the median family income for this group of Americans has been above $100,000 (in 2017 dollars) for the last five years. Since 1949, the real inflation-adjusted median income for married couples with two earners has more than tripled (from $34,800) and since 1963 has more than doubled (from $54,700).

We hear all the time about “rising income inequality” in America (there are more than 100,000 Google search results for that term), about “the rich getting richer and the poor getting poorer,” the “stagnant or disappearing middle class,” all of the recent income gains going to the rich,” the lack of income mobility and other narratives of pessimism. In a December 2013 speech, President Obama described rising income inequality as the “defining challenge of our time” and promised that for the rest of his presidency, he and his administration would focus all of their efforts to stop the increase in income inequality. And yet, the data in today’s Census Bureau tell a much different story.

A more accurate description of income inequality in the US would be to say that it has been remarkably stable for the last 25 years.

Whether we look at Census Bureau data on the share of total income going to the top fifth and top 5% of American households, or Census data on Gini coefficients for US household income, there is very little statistical support for the commonly held view by the public, academia, and the mainstream media that income inequality has been rising in recent years or decades. A more accurate description of income inequality over the last several decades in the US would be to say that it has been remarkably stable for the last 25 years starting about 1993.

So why are we having a national debate about solutions to the non-problem of rising income inequality that doesn’t even exist according to several standard Census Bureau measures? Maybe it’s another example of what H.L. Mencken called an “imaginary hobgoblin”:

The whole aim of practical politics is to keep the populace alarmed (and hence clamorous to be led to safety) by menacing it with an endless series of hobgoblins, all of them imaginary.

The chart above represents what might be one of the most important findings in the new Census data and confirms a trend I’ve highlighted many times before. Yes, the “middle-class is disappearing” as we hear all the time, but it’s because middle-income households in the US are gradually moving up to higher income groups, and not down into lower-income groups.

Here are some of the key takeaways from the new Census report on US incomes through 2017:

Comment from Topher Field, an Australian conservative/libertarian activist and good friend of mine. Check out his YouTube channel here.

Given this, why do so many people feel like they’re worse off, not better?

Well there’s a combination of factors:

1. Cost of living is sharply higher in some areas, mostly the ones controlled or dictated by government. This includes rates, power, water, etc. The cost of doing business is sky high due to over-regulation and red tape, and that’s passed on in higher prices across most services and government entities. (Offset by sharply lower prices for technology, essential clothing, etc, but it still eats up some of the increase)

2. Our lifestyle expectations are WAY higher. We live with fewer people in bigger houses, we no longer have 1 car families, we have 3 car families. The average Australian pays hundreds every month for entertainment streaming services, and hundreds more on coffee and weekend brunches.

In short we are (on average) living it up, compared to 30+ years ago.

3. We’re not willing to start at the bottom. This is closely related to #2, but has the added layer that our whole culture and especially our education system profit from lying to us about what we ‘deserve’. First home buyers think they deserve to be able to buy a house they want in a suburb that’s fashionable.

Car buyers worry about what car says the right things about them, instead of what’s going to reliably get them from A to B.

And closely related, job seekers are asking whether a given job is what they want / studied for/are passionate about, not whether it will pay the bills for a season.

In short, we are (on average) wealthier than ever before, but we don’t feel it because we’ve believed outlandish promises and have unreasonable expectations of lifestyle.

Yes there are without doubt individuals and families doing it tough, none of the above is intended to dismiss that reality, but overall more people are better off than ever before, and thats a good thing.

We’ve just got to stop stealing our own happiness with absurd expectations. 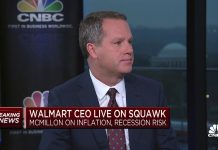