Have you heard of Brittany Smith? She claims she was raped and held hostage by a man she feared. She got a message out and her brother arrived with a shotgun. The attacker grabbed her brother and Brittany shot the attacker, in her own home. You’d think this would be a slam-dunk for Stand Your Ground, right? Well, not in Alabama.

Here’s the summation of events from a leftist magazine, The New Yorker, and it’s damning.

In the January 20, 2020, issue of The New Yorker, I wrote about Brittany Smith, a woman from Stevenson, Alabama, who, in January, 2018, shot and killed a man who she said had raped her, threatened her life in her home, and then attacked her brother after he arrived to help. The man, Todd Smith, who had recently sold Brittany a puppy, had been drinking, and had taken large amounts of methamphetamine. Yet within forty-eight hours of the shooting, Brittany was charged with murder. She went on to spend about four months in jail and six months in a mental institution, despite early attention to her case from the criminal-justice publication the Appeal. (see below)

On January 14th and 15th…Brittany finally had a Stand Your Ground hearing. Stand Your Ground is a statute that makes it legal to use lethal force to defend oneself against threats or perceived threats, with no duty to retreat. If Brittany won the hearing, she’d receive immunity from further prosecution. She lost that hearing. She faces life in prison.

In a nineteen-page ruling, Judge Jenifer Holt wrote that Brittany’s use of deadly force was not demonstrably justified because she doubted that Brittany had reason to believe that Todd was about to use deadly physical force, assault, burglary, rape, or sodomy when she shot him. The judge wrote this despite the fact that Todd had already assaulted Brittany—a rape-kit evaluation found thirty-three wounds on her body—and despite the fact that Brittany said Todd had been choking her brother when she fired the gun.

Check this extremely detailed account of all the events that led up to the shooting from The Appeal which also points out that:

The murder indictment came despite the fact that Alabama is one of 25 states that has a “Stand Your Ground” law. In Alabama, the law allows for the use of fatal force in several circumstances, including if a person thinks an attacker may kill them or if the attacker has kidnapped or raped someone. Victor Revill, an Alabama criminal defense attorney who specializes in Stand Your Ground cases, said Brittany’s case should qualify as self-defense. “That is Stand Your Ground all day,” he told The Appeal. “That situation is one of the reasons why this law is in place. If her brother was saving her from her kidnapper or her rapist and then kidnapper is trying to fight her brother, in her situation you have the right to defend yourself and you have the right to defend the other person as well.”

…more than one year later after Todd’s killing, Brittany still faces life in prison for killing her alleged rapist.

Since Smith’s Stand Your Ground hearing was denied, her lawyers will now file a “writ of mandamus” to the Alabama Court of Criminal Appeals. This is a Hail Mary request to the court to order the judge to reverse her decision. If they lose that, they take this to the Alabama Supreme Court and try to get it overthrown there. Smith would have to go all the way back to the original court should she lose these, possibly even in front of the Jackson County judge who treated her so harshly in the first place.

Only a handful of women in Alabama have ever won Stand Your Ground immunity, and women with convincing self-defense claims continue to lose.

I’d always thought Stand Your Ground would be the one thing that saved me if I ever had to shoot an intruder. Now, I see that justice and the law are at odds over it.

We’ve covered Stand Your Ground and The Castle Doctrine before. Here. 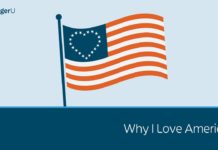