s obviously is bad news, but I repeated my long-held view in this interview that excessive government intervention is the greatest threat to China’s prosperity.

My hypothesis is that the coronavirus almost certainly will be a short-term challenge.

What’s far more worrisome, especially in the long run, is that government has far too large a role in China’s economy. Yes, there was a good period of pro-market liberalization starting in 1979, but there’s been very little progress this century.

As a result, China only ranks #113 according to Economic Freedom of the World. Which makes the Chinese tiger a paper tiger.

1. Coronavirus. We don’t know whether the disease is contained or getting worse. But unless it becomes a pandemic like the 1918 Spanish Flu, the effects presumably will be transitory. This is why I downplayed its importance during the interview.

2. Trump’s trade war. I gave this issue a passing mention in the discussion. Trump is hurting both America and China with his trade war, but China is probably bearing a heavier burden. In an ideal world, China wouldn’t practice mercantilism. But in that ideal world, Trump would have addressed the issue more effectively by utilizing the World Trade Organization.

3. Hong Kong. The host gave this issue a passing mention at the end of the interview. I’ll merely note that a Chinese crackdown would have an adverse impacton how global investors view China.

And we’ll start with an issue that I failed to mention in the interview (though I have discussed it in the past).

4. Bad demographics. This is a global problem, but it is especially acute in China because of the coercive one-child policy. That oppressive system has been relaxed, but that may be too little, too late. Here are some excerpts from a column by George Will.

Demography does not dictate any nation’s destiny, but it shapes every nation’s trajectory… Although China’s working-age population (there, 15-64) almost doubled between 1975 and 2010, fertility has been below the replacement level for at least 25 years. China’s population will shrink after 2027; its working-age population has been shrinking for five years and will be at least100 million smaller by 2040… Furthermore, there will be “tens of millions of surplus men” in China because during the “one-child” policy (1979-2015), many parents chose abortion rather than the birth of a girl.

5. Bad public policy. I’ve saved this issue for last because it’s the most important and merits the most attention.

A column in the Wall Street Journal by the Hudson Institute’s John Lee neatly summarizes the problem.

The model involves offering state-owned enterprises and national champions such as Huawei cheap finance and privileged domestic-market access at the expense of an independent private sector. China showers state businesses with subsidies… The current Chinese model is self-defeating. Less-deserving companies continue to receive the bulk of finance and opportunity. The staggering misallocation of capital is worsening, which makes the mushrooming debt even harder to manage. And allocation of opportunity is political. This means that the private sector, and therefore household income, will continue to remain artificially suppressed… China’s economy is inefficient, bloated, dysfunctional—plagued by institutions and policies that are not fit for their purposes.

I mentioned in the interview that President Xi may be moving China in the wrong direction.

China has implemented a new regulation to officially put Communist Party committees at the centre of power in running state-owned enterprises, a move reflecting Beijing’s strong desire to enhance the control of its vast state sector. …“All major business and management decisions must be discussed by the Communist Party organ before being presented to the board of directors or management for decision,” according to the regulation. …For those enterprises under the direct control of the central government, the board of directors must include a “special deputy party secretary” who takes no management role and is exclusively responsible for “party building”. The first role of the directors or executives who are party members is to execute the will of the party in performing their duties, it added.

I’ll cite one more article, this one by Desmond Lachman for the Bulwark.

In much the same way as our fears about Soviet and Japanese economic dominance proved to be illusory, there is good reason to think that China’s rapid economic rise will prove to be another paper tiger. …One factor..that does not bode well for China’s future economic performance is President Xi’s apparent intention to destroy the foundation on which China’s economic miracle rested. He is reversing the economic reforms introduced by Deng Xiaoping in 1979, aimed at giving the private sector increased room to breathe dynamism into the Chinese economy. Fearful of the challenge that a thriving Chinese private sector might pose to the Communist Party’s political hold on the country, President Xi is now reestablishing party discipline and increasing the role of China’s state enterprises. …Even more troubling for China’s long-run economic outlook are its highly unbalanced economy and it’s gargantuan credit bubble. …China has a massive amount of unused industrial capacity and an enormous overhang of unoccupied housing and commercial property.

The bottom line, as I stated in the interview, is that China is in trouble. It’s been pursuing a toxic combination of Keynesianism and industrial policy.

My hope, for what it’s worth, is that China’s leaders reverse the current trend and resume the 1979-2000 path of economic liberalization that was so successful in reducing mass poverty.

To modify an existing phrase, let’s call it Reaganism with Chinese characteristics. If this chart is any indication, that would be a good idea.

Or how about Hong Kong with Chinese characteristics?

P.S. Amazingly, both the IMF and OECD want to further hurt the Chinese economy with big tax hikes.

P.P.S. Discouragingly, there are folks in the United States (advocates of ideas such as “national conservatism” and “common-good capitalism“) who think the United States should mimic aspects of China’s failed industrial policy. 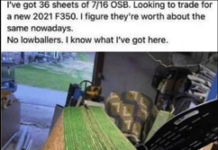