There are very few things in life more annoying than someone who is at once condescending and wrong.

Included therein are people who pretend they are helping us – while they’re screwing us.

Or even worse: They know we know they’re screwing us – and they continue to pretend they’re helping us while they screw us.

The condescension of thinking we don’t know – is additionally, sincerely annoying.

We’ve been subjected to this awfulness from many, many people – for now many decades.

Government officials do it.

Every tax they levy, every regulation they mandate you meet, every permit they force you to get, every fee they pick your pocket to pay – all combine to murder your freedom and sanity by thousands of cuts.

You think they’re doing it to help you?  Hint: They ain’t.

I was just forced by 2017’s Hurricane Irma’s flood waters to build a new house – with the monstrous tally of $63,300 the government flood insurance people pretended was a total payout for the loss of my house and all its contents.

Not exactly made whole, was I?  Helpful, no?

The new build – was another, years-long, government-imposed nightmare.

I was forced by these bureaucrats “helping” me to waste 100+ thousand dollars – of the second mortgage I was forced to take thanks to government’s rip-off flood insurance – on complying with their stupid building codes.  I was forced to make all sorts of additions and expansions that made no actual sense – and I didn’t want.

And yet another insult?  I finally finished – with a house built about 15’ in the air on pilings.  And the government is STILL forcing me to waste my money on their flood insurance.  Which I already know is a total rip-off – because they’ve already ripped me off with it.

The government did all of this to me – all the while pretending they were “helping” me.  It was an inconceivably annoying process.

The Left also screws you – while pretending to “help” you.  And in a true harmonic convergence – they almost always use ridiculous government and their ridiculous bureaucrats to do it.

The Left dresses up stealing in all sorts of high-minded language – to obfuscate their low-minded intentions.  Like when they are stealing from others – in the name of “helping” us.

Always left unsaid?  The damage done to us – by the policies they’re pushing in the name of “helping” us.

“Let’s return to being unexceptional. Americans deserve drug prices in line with those in other countries.”

Governments the world over – mass-subsidize prescription drugs.  So of course they are cheaper than here.

And (re)importing mass-subsidized products – is DEVASTATING to domestic production.  Because human nature.

The United States develops prescription drugs – for the entire rest of the planet.  Precisely because we haven’t done stupid things like reimporting them after they’ve been mass-subsidized by other governments.

President Donald Trump understands this in every other economic sector.

U.S. Warns of New Tariffs on Europe over Airbus Subsidies:

Adding insult to injury?  Would be to be undercut on your products – with your products.  Exported, subsidized by foreign governments – then reimported to screw you.

This is what the Left wants to do to the US – the world’s breadbasket for medicine.

What else do they want to do to screw us – in the name of “helping” us?  And how utterly unaware are they – whilst trying to screw us?:

“In 1980, the bipartisan Bayh-Dole Act made a watershed change: It allowed for the rights to be turned over to private parties.

“While the point of Bayh-Dole was to hasten the harnessing of basic research, it also sent the price of drugs soaring.

“Spending on prescription drugs had been largely stable at around 0.4% of GDP from 1960 to 1980. In the decade after Bayh-Dole, it had doubled to 0.8%, and it doubled again in the next decade.”

Spending on prescription drugs went up – because there were more life-saving-and-improving drugs created and available.  Precisely because of the Intellectual Property (IP) protections afforded drug producers by the Bayh-Dole Act.

And these two property-hating people – want to undo what is one of the greatest legislative successes in the last half century.

And these two want to turn this titanically stupid COVID FREAK OUT!!! exception-to-the-rule stupidity – into the rule:

“We now have this bizarre mindset that we have to give drug companies patent monopolies to get them to develop drugs or vaccines, even when the government is paying for the bulk of the research. The pandemic is showing the absurdity of this practice….

“The Trump administration is taking the same logic to developing a vaccine. Operation Warp Speed is a $10 billion government program to develop, produce and distribute a coronavirus vaccine.”

Our titanically stupid FREAK OUT!!! to this version of a flu – has led to a lot of really stupid government policy.

Like having government take the lead on developing the IP to address it.  Which would only mean we’d stop developing IP.

As all our IP-protection practices demonstrate, letting the private IP developers take the lead on IP production – then protect their IP whence they produce – is the way to go.

Reversing that – and making the COVID FREAK OUT!!! abnormal the norm – would be really, REALLY stupid policy.

Here is a truth of life from Roger Scruton – destructive Leftists fail to grasp:

“Conservatism starts from the sentiment that good things are easily destroyed – but not easily created.”

There a thousand ways to very easily destroy it.

Creating it – ain’t quite so easy.

We must protect these miracles whence they occur. 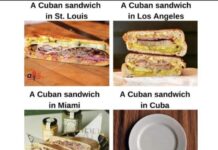 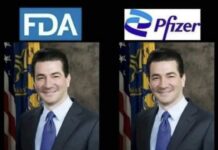 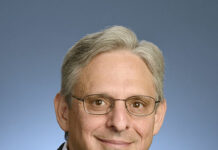