Sara Carter is an investigative journalist from the old-school mold of “dig deep and leave no stone unturned.” Her work and that of the inestimable Tom Fitton at Judicial Watch have been key in bringing up the dirt in the Steele Dossier operation which was paid for (ultimately) by the Clinton campaign. You may remember this smeared Donald Trump by accusing him of consorting with prostitutes who peed on him and being a puppet of Putin’s Russia.

Turns out that the FBI knew it was all a crock but doubled down. In a rare moment of lucidity – or maybe displaying his usual ego-driven sense of self-preservation – Robert Mueller cautioned using the Steele information. The FBI pressed on and used it to brief President Obama and just about everyone else.

Sen. Lindsey Graham released a statement on the Senate Judiciary Committee website in which he addressed the newly declassified documents:

“This document clearly shows that the FBI was continuing to mislead regarding the reliability of the Steele dossier. The FBI did to the Senate Intelligence Committee what the Department of Justice and FBI had previously done to the FISA Court: mischaracterize, mislead and lie. The characterizations regarding the dossier were completely out of touch with reality in terms of what the Russian sub-source actually said to the FBI.

“What does this mean? That Congress, as well as the FISA Court, was lied to about the reliability of the Russian sub-source. I will be asking FBI Director Wray to provide me all the details possible about how the briefing was arranged and who provided it.

It’s time these bastards were held responsible for their deception of the American people and their persecution of President Trump. 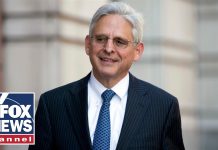 How the FBI put politics above integrity 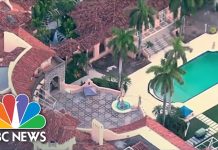 Why Did The FBI Hide This Key Detail From The Search Doc. Magistrate? 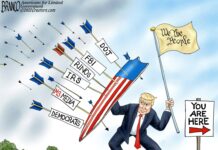 Is this about the docs Trump declassified before he left office – that have never seen the light of day?