Home Way of Life Just for fun Oklahoma man pulled over with rattlesnake, whisky, gun and uranium. Then it...

A routine traffic stop for expired tags turned into multiple charges when Guthrie, Oklahoma police officers learned Stephen Jennings and Rachael Rivera were in a stolen vehicle, Jennings was driving with an expired license and Rivera was a felon in possession of a firearm.

But that was the least of what officers uncovered when they impounded the Ford Explorer.

Next to the revolver they spotted an open bottle of “Kentucky Deluxe” whisky, which Paste magazine’s “5 Best Bourbons Under $10” warns readers to “Avoid at All Costs, Even in Case of Emergencies” due to its “overpowering aura of rubbing alcohol.”

More troubling was the rattlesnake.

“So when the impound of the vehicle begins and they start moving compartments, here’s the rattlesnake in the backseat,” Sgt. Anthony Gibbs tells ABC News. “It was surprising to the officer, obviously.”

The rattlesnake seemed untroubled by the nearby canister of radioactive uranium.

“Jennings, of Logan County, told officers that he had the uranium because he recently purchased a Geiger counter to test metals, and the chemical element came with the purchase,” ABC reports. “He joked with officers that he was trying to create a ‘super snake.'”

Amazingly, neither Jennings or Rivera were drunk when they were arrested with the gun, open bottle of whisky, rattlesnake and uranium.

The snake was euthanized and Jennings will not be charged for possessing a live snake in the car because, according to Gibbs, “In the state of Oklahoma, there are certain seasons where you can hunt rattlesnakes. This just happens to be one of those seasons.”

He will also not be charged for the uranium because “Jennings was in possession of a legal amount.”

Gibbs says he is now getting calls from police departments around the country asking for guidance on how to handle this situation, which begs the question of just how many people are driving around with a gun, bottom-shelf whisky, a rattlesnake and uranium. 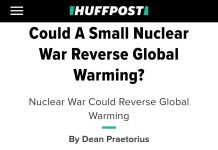 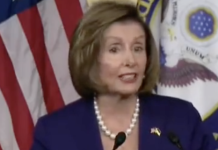