Originally published in the Daily Caller, reproduced with permission from Bob Barr

Most Americans – probably the vast majority – have very little idea what the United States Supreme Court really does. Sure, whenever the High Court issues a ruling on an abortion case or decides a matter involving the Second Amendment, the media is all over it and the public becomes aware that the Court is there. Abortion and guns aside, however, rulings by our nation’s highest court often impact our daily lives in far more ways than do those high-profile decisions everyone hears about.

In just a few weeks, the Court will hear arguments in a truly landmark case that will significantly impact Google, the world’s most heavily used search engine, controlling over 92% of that market worldwide.

Google actually is owned by Alphabet, but everyone outside the tech industry itself knows the search engine as “Google” not “Alphabet” or anything else. The search engine enjoys such a ubiquitous presence that its name has been recognized officially in dictionaries as a transitive verb.

The specific case on which the nine Justices will hear arguments has little to do with the average person who “Googles,” but a great deal to do with copyright law. Although hardly a matter for dinner table chatter in suburbia, copyright law indirectly affects much of what every person reads, listens to or views on their computer; but perhaps most importantly, how they conduct research on a computer or smartphone.

The specifics of the case to be heard by the Court – Google v. Oracle – relate to something called “application programming interfaces” or “API” for short. API play a major role in software development, which in a sense is the fuel that powers computer search engines such as Google. Oracle Corp. is the largest software company in the database business, which runs on most major platforms like Windows and Mac OS. The legal battle between these two tech giants, which has been ongoing for over a decade, is being fought over Oracle’s claim that Google copied its popular “JAVA” software when Google developed its Android mobile phone.

Initially, Google intended to pay for a license for the JAVA APIs. Later, however, when negotiations failed to produce the result Google sought, the tech giant decided instead to copy the software without Oracle’s permission. Since then, the case has been bouncing between different levels of our federal courts like a high-tech ping pong ball. But what is at stake is no game.

As argued by Google’s many lawyers, the search engine giant’s primary line of defense was what has become known as the doctrine of “fair use.” Fair use law allows for the copying of products if intended for a “transformative” purpose, as for a news report or legitimate scholarship. The point of such permissible copying, however, is not to make a profit off of someone else’s work, which is what Google was doing with the Java technology. Fair use law specifically is not available as a defense for those who copy property for commercial purposes.

The courts also rejected Google’s arguments that it had no choice but to use Oracle’s Java coding because there was no other reasonable API code available or able to be developed. The fact that Apple’s iPhone has become the world’s most popular mobile phone without copying Java’s coding blew a major hole in Google’s argument to the lower court.

Eventually, after years of legal wrangling, the lower courts rejected Google’s arguments, and the battle is now joined before the Supreme Court.

How the Court decides this case will determine whether America’s copyright laws, which are as old as our Constitution (and are in fact enshrined in that venerable document), can be ignored by a company that is so big and influential that it should be allowed to set its own rules, including taking someone else’s hard work and appropriating it for its own commercial benefit without compensating the party that developed it in the first place.

Since 2015 Google’s motto has been “Do the right thing.” Soon, the U.S. Supreme Court will have the opportunity to make sure the company does just that.

Bob Barr represented Georgia’s 7th District in the U.S. House of Representatives from 1995 to 2003 and served as the U.S. Attorney for the Northern District of Georgia from 1986 to 1990.  He now serves as President of the Law Enforcement Education Foundation based in Atlanta, Georgia. 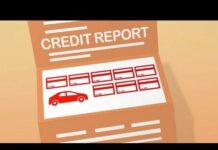 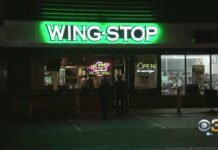 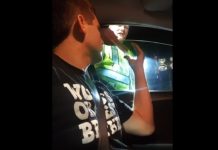