Home Government Busybodies Nanny States – What are YOUR restrictions this Thanksgiving?

Thanks to the bed wetters who came up with this video. Blindingly obvious advice that most of us don’t need because we’re adults. We get it. Keep the compromised members of the family away – or safely distanced. Wash our hands. Have fun. The scaremongering about this very survivable disease (which appears to have wiped out flu because those statistics are well down on last year) is highly politicized. Democrat run states are locking down and scaring people. Most republican ones are allowing us to demonstrate commonsense and exercise our humanity.

Thirty-seven states – plus the District of Columbia and Puerto Rico – now require people to wear face coverings in public statewide, according to a list maintained by AARP. Iowa, Utah, North Dakota and New Hampshire joined the list in recent days.

Have the bad luck to live under these Governors & and their arbitrary rules? 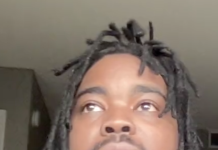