At least for now, America is self-sufficient in energy.

In the 1970s, America saw what happens when a country is dependent upon unfriendly countries for oil. Prices skyrocketed, gas was rationed, and drivers still had to sit in long lines to get gas. Consequently, energy independence has long been a stated goal of U.S. leaders, but it remained stubbornly elusive. Under President Trump’s leadership, the U.S. finally achieved energy independence.

Unlike Obama, Trump understands the power of the market and the need for affordable energy. You may recall that when gas prices were high under Obama, we were told to check the air in our tires, that there was little we could do to bring down the cost of oil because America had so little of it, and that we could not drill our way out of high prices. Obama was wrong. Perhaps he did not think it was possible for us to produce enough oil of our own, or perhaps he just opposed more drilling, but, either way, he was wrong. Under Trump, we have drilled more, and prices have remained reasonable throughout his presidency – unlike the huge swings that we saw in gas prices under Obama.

As expected, Trump reversed a number of Obama’s policies that were detrimental to energy production and distribution. For example, Trump killed Obama’s “Clean Power Plan,” which was a key part of Obama’s War on Coal. Trump also approved the Dakota Access Pipeline, which was completed over the violent and bitter opposition of the Left.

Trump’s policies have paid off. Since January of 2017, both domestic natural gas and oil production have increased by roughly 25 percent. (Of course, these numbers were even higher prior to the pandemic and economic shutdowns.) Due to these gains, the U.S. became the world’s largest producer of oil, surpassing both Saudi Arabia and Russia. Furthermore, we also became a net energy exporter for the first time in nearly seven decades.

Due in part to our increased oil production, Trump was able to take a hard line with the Iranian regime knowing that we did not need their oil. Although Iranian general Qasem Soleimani was responsible for the deaths of many of our soldiers, previous presidents never dared to take him out, but Trump could and did. Because we stood up to Iran, other Middle Eastern countries were more willing to stand with us – and Israel – against Iran.

As the U.S. moved closer to energy independence, it was easier to improve our relations with Israel. For example, previous presidents had declined to relocate the U.S. embassy to Jerusalem, where it belonged; but Trump moved the embassy in his first year in office. Furthermore, Trump’s predecessors had long leaned on Israel to make concessions to the Palestinians and mollify neighboring countries. By contrast, Trump recognized that the Palestinians were a major impediment to peace and stopped coddling them.

With a freer hand, Israeli Prime Minister Benjamin Netanyahu planned to formally annex more settlements – theoretically located on Palestinian land – into Israel. The United Arab Emirates saw this and decided to cut a peace deal in exchange for Israel not annexing additional land – and for the U.S. not recognizing any such annexation for the next several years. After brokering this Israeli peace deal, Trump quickly brokered three more. It should be noted that these four Israeli peace deals were the first in a quarter of a century.

President Trump ran on unleashing America’s energy potential, and that is exactly what he has done. If Joe Biden were smart, he would keep Trump’s very successful energy policies, which have helped create good jobs, kept energy costs down for consumers, and enabled our leaders to pursue foreign policies of our own choosing. Unfortunately, Biden will likely remain under the spell of the global warming alarmists and pursue policies that kill jobs, drive up energy costs, and make America more dependent upon foreign countries – and more dependent upon unreliable energy sources, such as wind and solar.

Richard McCarty is Director of Research for Americans for Limited Government Foundation. 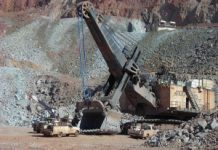 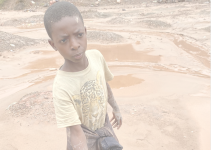 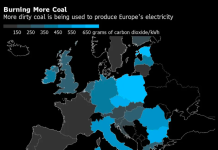