Back in 2014, I shared two videos, one narrated by Prof. Don Boudreaux and the other narrated by Prof. Deirdre McCloskey, making the point that grinding poverty and material deprivation were the norm for most of human history. It wasn’t until capitalism emerged a few hundred years ago that we made the jump from agricultural poverty to industrial prosperity.

I know at least one person who didn’t watch those videos.

Congresswoman Ayanna Pressley isn’t as well known as other members the “The Squad,” especially Alexandria Ocasio-Cortez and Ilhan Omar (jointly featured in this bit of satire), but she deserves some sort of recognition for being totally clueless about economics and history. Indeed, she may even deserve some sort of prize for uttering the year’s most economically illiterate sentence.

"Poverty is not naturally occurring; it is a policy choice." Rep. Ayanna Pressley. pic.twitter.com/qwp3oMgw6R

The two aforementioned videos illustrate why her statement is nonsensical, but let’s share some updated numbers to illustrate why she is profoundly wrong.

The Our World in Data site, maintained by Max Roser at Oxford University, is a great resource for researchers. If you go to the section on economic growth, you’ll find lots of information and many charts examining what has happened to living standards over long periods of time.

For instance, here’s a look at gross domestic product (GDP) over the past 2000 years. As you can see, per-capita economic output was very low (and very flat) until capitalism emerged in the 1700s and 1800s.

Thanks to capitalism’s emergence (along with the rule of law), we are vastly better off today than our ancestors.

Here’s another look at the data, but let’s focus on just the past 200 years. Yes, the 1800s was the era of the “industrial revolution” and so-called sweatshops, but that was a building block to our current prosperity.

To be fair to Congresswoman Pressley, it’s only the first part of her statement (“poverty is not naturally occurring”) that is grossly inaccurate and economically illiterate.

She then added that poverty “is a policy choice,” presumably because she wants people to believe that more redistribution can make it go away. That part of her statement also is wrong, according to both U.S. data and global data, but not quite as ludicrously erroneous. 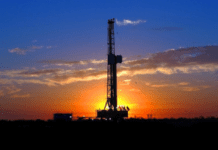