Americans spent a lot of money on groceries over the past year—and it isn’t just because they were eating more meals at home. According to the Bureau of Labor Statistics, food prices jumped 3.9 percent in 2020, nearly triple the rate of inflation.

Unfortunately, this trend seems poised to continue. The US Department of Agriculture estimates grocery bills could increase by another 3 percent in 2021, while some experts are betting on even longer-term problems.

“I think food prices are going to continue to increase for probably a good year, year, and a half,” warns Phil Lempert, founder of SupermarketGuru.com.

Diet staples like wheat, corn, soybeans, and meat are among the products seeing the sharpest price uptick. Meat shot up 5.5 percent last year, and prices for fruits like apples, strawberries, and citrus went up by 11.3 percent.

This is no small matter.

Before the pandemic, the number of Americans experiencing food insecurity had been steadily falling. That trend was reversed last year. Northwestern University researchers estimate that food insecurity doubled during this time—placing 23 percent of households in danger of going hungry. It is likely this problem will only worsen as the cost of food continues to grow.

So, what’s causing the spike? A perfect storm, really. Bad weather, stockpiling, increased demand from China, global shipping interruptions, and inflation caused by the extreme money printing by central banks all get honorable mentions. But a significant number of the factors to blame can be traced back to the government’s lockdowns and regulatory policies.

Meat processing plants were one of the industries hardest hit by the lockdowns. Many were forced to close for extended periods of time, and others invested in expensive new equipment and technology to reduce their in-person workforce. These costs were of course ultimately borne by the consumer, and the closures led to supply chain disruptions. Both made the price of meat go up.

Northwestern University researchers estimate that food insecurity doubled during this time—placing 23 percent of households in danger of going hungry.

These closures not only affected the meatpacking plants and their employees but those of many related businesses in the food processing industry as well. The lockdowns also impacted farmers, shipment and distribution facilities, companies that produce the containers and plastic needed to store the meat, and grocers. In a market, one government action can have a ripple effect across hundreds of other industries, and that’s certainly what happened here.

The coronavirus and lockdowns didn’t necessarily cause all of the problems in the meat industry, but they did exacerbate existing issues. The industry was already struggling under absurd government regulations that force farmers to waste good livestock and block them from selling directly to consumers. Combined with the lockdowns, these policies began to threaten our supply chain.

Congressman Thomas Massie called attention to this problem more than a year ago and warned it could lead to a meat shortage. The Kentucky Republican urged Congress to support his PRIME Act to repeal these regulations, but his warnings went unheeded.

Other producers in the agriculture sector have struggled to obtain the workers needed to ramp up production. Across the country, small businesses have been unable to attract Americans back to the workplace as many remain on increased unemployment benefits that pay more than work.

Esteemed economist Thomas Sowell famously said, “There are no solutions. There are only trade-offs.” This principle has certainly been put on display during the pandemic, as the government made many trade-offs in its attempts to mitigate the crisis.

There are no solutions. There are only trade-offs.

Ultimately, we know that many of their prescribed solutions—closing outdoor spaces, lockdowns, scrubbing surfaces with alcohol—were abject failures. But the trade-offs made in exchange for promises of increased security won’t be fading away anytime soon.

The current food price spikes, and the resulting food instability issues they have fueled, are only the latest in a long line of consequences Americans have suffered as a result of the government’s attempts at solutions in 2020.

Viruses are scary. But the surge in food insecurity is a reminder that all policies come with trade-offs—and that panic-fueled government interventions often only make a crisis worse.

This article was originally published by Hannah Cox at The Foundation for Economic Education. 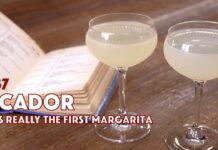 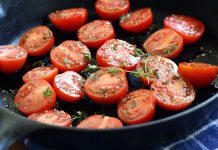