President Biden’s open border policies are directly helping organized crime, says Bill O’Reilly. “More narcotics are coming into the United States today that at any other time in our nation’s history!”

He’s got a point.

Don’t believe him? Check this out.

“CBP has experienced an increase in encounters and arrests. This is not new. Encounters have continued to increase since April 2020, and our past experiences have helped us be better prepared for the challenges we face this year,” said CBP Senior Official Performing the Duties of the Commissioner Troy Miller. “We are committed to balancing the need to maintain border security, care for those in our custody, and keep the American people and our workforce safe.”

In March 2021, CBP encountered more than 172,000 persons attempting entry along the Southwest border. This total represented a 71 percent increase over February 2021.

The number of encounters at the border has been rising since April 2020 due to reasons which include violence, natural disasters, food insecurity, and poverty in Mexico and the Northern Triangle countries of Central America.  This fiscal year CBP has already had over 569,800 encounters.  This represents an increase of 24 percent from the total encounters we had during all of Fiscal Year 2020, when migration was limited by the COVID-19 pandemic, and an increase of over 34 percent from approximately the same time frame of Fiscal Year 2019.

The majority of the encounters on the Southwest border remains single adults. CBP continues to expel single adults and family units that are encountered pursuant to CDC guidance under Title 42 authority. In March 2021, CBP expelled 103,900 individuals under Title 42, 28 percent of whom were individuals who had been previously expelled from the United States under the same authority. Title 42 expulsions represented 60 percent of the total encounters for the month.

CBP enforcement numbers for March 2021 can be found here.

CBP continues to see a significant increase of unaccompanied children from Central America at the Southwest border, with 18,890 in March 2021 – a 100 percent increase over February.

Although less than 11 percent of encounters in March were unaccompanied children, they make up the largest demographic group of individuals in custody at CBP facilities. CBP works in close coordination with U.S. Department of Health and Human Services (HHS) officials to quickly transfer processed unaccompanied children to Care Provider Facilities. As bed capacity at these facilities has expanded, the 30-day average of children transferred out of CBP custody has increased, from 276 at the end of February to 507 at the end of March.

CBP officers, Border Patrol agents, and Air and Marine Operations agents continue to interdict the flow of illicit narcotics across the border. Nationwide, drug seizures were down by 14 percent in March from February 2021. Cocaine interceptions increased 26 percent. Seizures of methamphetamine increased 91 percent. Seizures of heroin went up 22 percent and seizures of fentanyl decreased by 28 percent.

Effects of COVID-19 on CBP Personnel

The safety of our workforce, our communities, and individuals in our care is a top priority.  CBP personnel put themselves and their families at risk with every encounter at the border. Since the start of the pandemic, more than 8,300 CBP employees have tested positive for COVID-19, and 28 have passed away.

CBP is focused on providing access to the COVID-19 vaccine to our workforce and is collaborating with the Department of Veterans Affairs and the Department of Homeland Security to expedite the delivery of vaccinations to personnel.

DHS and CBP continue to work with local mayors and public health officials to provide COVID-19 testing and, as needed, isolation and quarantine for families released from CBP facilities.

CBP continues to collaborate with federal partners and the trade community to facilitate the importation of legitimate medical supplies and other goods necessary for the COVID-19 response, while also verifying that those goods are authorized and safe for use. As part of that effort, CBP is interdicting fraudulent and unauthorized goods that could harm the health and safety of Americans. Between Jan. 1, 2020, and March 31, 2021, CBP seized:

U.S. Customs and Border Protection is the unified border agency within the Department of Homeland Security charged with the management, control and protection of our nation’s borders at and between official ports of entry. CBP is charged with securing the borders of the United States while enforcing hundreds of laws and facilitating lawful trade and travel. 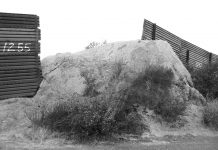 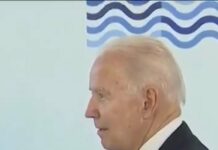 Is Biden’s legislative agenda already dead as normal order is restored in the U.S. Senate?