One of Biden’s more egregious mischaracterizations was the common trope that the nation is experiencing a “gun violence epidemic.”

The plain data simply does not support such a claim. The rates for gun homicides and nonfatal gun crimes remain far lower today than in the early 1990s.

This is so even though gun sales have skyrocketed and many states have loosened restrictions significantly on the right of ordinary citizens to carry firearms in public.

Biden also neglected to explain what the data does support—a reality where Americans routinely rely on their Second Amendment rights to protect themselves from crime.

Almost every major study on the issue has found that Americans use their firearms in self-defense between 500,000 and 3 million times a year, according to a 2013 report by the Centers for Disease Control and Prevention. We have good reason to believe that many of these defensive gun uses aren’t reported to police, much less make the local or national news.

For this reason, The Daily Signal each month publishes an article highlighting some of the previous month’s many news stories on defensive gun use that you may have missed—or that might not have made it to the national spotlight in the first place. (Read accounts from 2019 and 2020 here.)

The examples below represent only a small portion of the news stories on defensive gun use that we found in March. You may explore more by using The Heritage Foundation’s interactive Defensive Gun Use Database.

Rather than mischaracterizing the facts on shootings as a way to push for more restrictions on the right to keep and bear arms, the president should share the facts about how often Americans use their firearms in lawful defense of themselves or others.

We certainly can do more to address underlying factors of shootings in America, especially when it comes to suicide using a firearm. But as the stories above show, ordinary law-abiding Americans have a lot to gain from exercising their constitutional rights.

This is a guest post from the Daily Signal by Amy Swearer a legal fellow in the Edwin Meese Center for Legal and Judicial Studies at The Heritage Foundation. 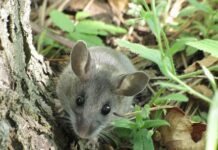 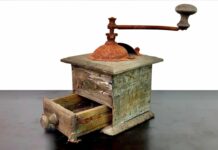 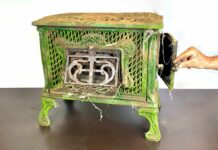