Biden campaigned for higher taxes and a bigger welfare state, so I haven’t been surprised by his misguided fiscal agenda.

That being said, I was modestly hopeful that he would move trade policy in the right direction after four years of Trump’s protectionism.

To be sure, I didn’t think he would do the right thing because of some long-hidden belief in sound economics. But I figured he might reduce trade barriers simply to do the opposite of his predecessor.

We should be so lucky. Regardless of the policy, we’ve been getting statism.

Catherine Rampell of the Washington Post is not impressed by Biden’s protectionism.

Several months after he left office, some of President Donald Trump’s most foolish economic policies remain in place: his sweeping trade restrictions. …Trump began waging a series of trade wars three years ago — not primarily with U.S. adversaries, mind you, but with friends. Among the dumbest and most self-sabotaging measures were global tariffs levied on nearly $50 billion of imported steel and aluminum. …the countries most affected by Trump’s move were our close economic and military allies, including the European Union, Canada and Japan. …Despite Trump’s claims otherwise, the cost of the tariffs was primarily passed through to American consumers and companies. Downstream firms that use steel or inputs made of steel, which employ about 80 times more workers than the steel industry does, faced higher costs. One estimate found that Trump’s steel tariffs alone cost U.S. consumers and businesses about $900,000 for every job created or saved.

Getting rid of taxes on imported steel and aluminum would be a positive step for the economy.

But the real goal should be getting rid of all Trump’s taxes on global trade. Garrett Watson from the Tax Foundation recently shared estimates of how this would benefit the American economy.

…repealing the tariffs imposed under President Trump’s administration would be one of the simplest ways policymakers could boost economic growth. …About $460 billion worth of goods were subject to the tariffs, raising prices for consumers. In fact, we estimated the tariffs were about an $80 billion annual tax increase, reducing consumer purchasing power. …According to the Tax Foundation model, repealing tariffs imposed since 2018 would raise long-run GDP by 0.1 percent, long-run incomes (gross national product) by 0.2 percent, and create about 83,000 full-time equivalent jobs. This growth would boost after-tax incomes by about 0.3 percent for people across the income spectrum, helping low-income and middle-class taxpayers. …Repealing the tariffs would be a simple option to boost growth because it can be done without congressional authorization by President Biden, and would provide timely relief to businesses and households.

The fact that he hasn’t exercised that authority makes him just as guilty of anti-market trade policy as Trump.

The next thing to watch for is whether he continues Trump’s bad policy of sabotaging the World Trade Organization.

Follow the Money: The White House State Dinner and the Maine Lobster 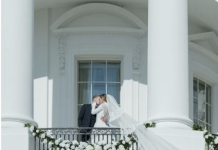 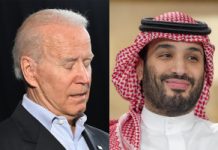