The bad news is that federalism has declined in the United States as politicians in Washington have expanded the size and scope of the national government.

The good news is that some federalism still exists and this means Americans have some ability to choose the type of government they prefer by “voting with their feet.”

You won’t be surprised to learn that people generally prefer option #2.

Researchers have found a significant correlation between state fiscal policy and migration patterns.

In a column for the Wall Street Journal a few days ago, Allysia Finley and Kate LaVoie discuss some research based on IRS data about taxpayer migration patterns.

Here’s some of what they wrote.

Our friends on the left say that this data merely shows that retirees move to states with nicer climates.

That is surely a partial explanation, but it doesn’t explain why California – the state with the nation’s best climate – is losing people and businesses.

Let’s return to the Finley-LaVoie column, because there’s some additional data that deserves attention. They point out that states with better policy are big net winners when you look at the average income of migrants.

The average taxpayer who moved to Florida from the other 49 states had an AGI of $110,000… By contrast, the average taxpayer who left Florida had an AGI of just $66,000. In sum, high-tax states aren’t just losing more taxpayers—they are losing higher-income ones. Similarly, low and no income states are generally gaining more taxpayers who also earn more. …When blue states lose high earners, their tax base shrinks, but their cost base continues to grow due to rich government employee pay, pensions and other benefits. …The result is that low-tax states are getting richer while those that impose higher taxes are getting poorer.

As you can see, Florida is a big beneficiary.

And I shared data a few years ago showing that states such as Illinois are big net losers.

Let’s conclude by asking why some politicians, such as the hypocritical governor of Illinois, don’t care when they’re on the losing side of these trends?

I don’t actually know what they’re thinking, of course, but I suspect the answer has something to do with the fact that departing taxpayers probably are more libertarian and conservative. So if you’re a big-spending politician, you probably are not very upset when migration patterns mean your state becomes more left-leaning over time.

Until, of course, those states no longer have enough productive people to finance big government.

In other words, every government is limited by Margaret Thatcher’s famous warning. 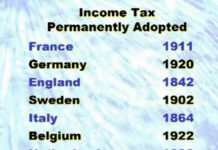 The History of the Income Tax in Just Seven Minutes 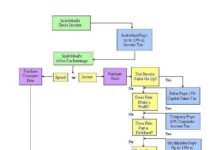 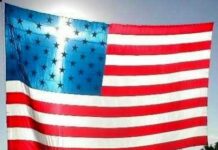