WASHINGTON – U.S. Sen. Roger Wicker, R-Miss., ranking member of the Senate Committee on Commerce, Science, and Transportation, today released a fact sheet as a precursor to a Committee report detailing misconduct in the Investigations and Threat Management Service (ITMS) at the Department of Commerce.

“It is my duty to ensure that we hold agencies accountable, especially when whistleblowers come forward with information suggesting chronic abuses of power. Congress has a defined role in performing oversight, and I intend to make sure that the federal agencies operate within the proper bounds.”

In early February 2021, Wicker launched an investigation into alleged misconduct in the Investigations and Threat Management Service (ITMS) at the Department of Commerce. The investigation began after whistleblowers reported a variety of improper activities dating back to the mid-2000s involving abuse of authority, mismanagement, and reprisal against Department employees.

The ITMS has engaged in a troubling variety of investigative activities without proper authorization. The mission of the ITMS, formerly organized under the Office of Security, is to identify and assess threats to the Department of Commerce. Since the ITMS lacks independent police powers, the U.S. Marshals Service has been providing a limited delegation of law enforcement authority to agents through the Special Deputation program for the purpose of providing protection to the Secretary and the Department’s critical assets. Although the ITMS originally provided only protective services, the undefined meaning of “critical asset” allowed agents to engage in a variety of law enforcement activities that likely exceed the scope of the Special Deputation.

Over time, the ITMS began regularly conducting criminal investigations and eventually began using counterintelligence tools to gather information about both foreign visitors and U.S. citizens––despite lacking any proper form of authorization. In a recent submission to Congress, the Department even described the ITMS as a body that “fulfills U.S. national strategic requirements involving counterintelligence, transnational crime, and counterterrorism” by investigating “serious threats to national security.” In essence, officials justified involvement in any matter they saw fit by classifying it as a threat to a “critical asset.”

As a result, the ITMS has mutated into a rogue, unaccountable police force without a clear mission. In one instance, the ITMS investigated a Chinese-born scientist employed at the Department on charges of espionage, interrogating her for hours and drafting a criminal referral to federal prosecutors. Officials ultimately found insufficient evidence after she was arrested and dropped all criminal charges. In another case, the ITMS surveilled social media activity on Twitter to monitor accounts that posted commentary critical of processes used to conduct the U.S. Census. Whistleblowers claim that ITMS leadership sought to showcase the division’s intelligence-gathering capabilities by linking those accountholders––members of the general public––to disinformation campaigns orchestrated by foreign governments.

These are only a few of the documented instances of misconduct suggesting that officials in the ITMS abused their authority by conducting thousands of unauthorized investigations. Based on the evidence reviewed by minority Committee staff, the preliminarily conclusion is that involvement in any criminal investigation or counterintelligence operation constituted abuse of the Special Deputations program.

Whistleblowers report that the ITMS suffers from chronic mismanagement. Minority Committee staff reviewed documents showing almost two thousand cases remained open at the end of 2020, and most have lacked any due diligence for nearly a decade. It appears that flawed document classification and case management systems within the office have resulted in the backlog, depriving those under investigation of a fair process. In multiple cases, whistleblowers claim that racial profiling served as pre-text for initiating investigations purportedly about threats to national security, disproportionately targeting Department employees with Chinese ancestry.

The breadth of investigative authorities that the ITMS used over time without any meaningful oversight is alarming. Whistleblowers claim that this construct allowed cases to be opened for purposes of intimidation and retribution, creating the allusion that an individual was under investigation when, in fact, no threat existed to Department personnel or property. Whistleblowers also report that a variety of investigative authorities have been weaponized against current and former ITMS personnel. They claim that retaliatory investigations are opened into agents who openly challenge the validity of the division’s investigative practices or question whether proper authorities existed to conduct them at all, often resulting in their separation from the Department.

In launching the investigation earlier this year, Ranking Member Wicker requested documents from the Office of Inspector General at the Department of Commerce (DOC-OIG) in a letter dated March 15, 2021. Although DOC-OIG has probed similar allegations related to abuse of authority in the ITMS in recent years, officials only released a limited portion of documents relevant to this investigation. To date, this request has not been completed.

As whistleblowers continued providing detailed and consistent accounts of misconduct, Ranking Member Wicker sent a letter to Secretary of Commerce Gina Raimondo on April 27, 2021, in order to give notification about the investigation and request cooperation regarding access to additional witnesses and documents. In response, the Department issued a temporary order requiring that ITMS cease investigative activities on May 14, 2021, and pledged to “implement a comprehensive solution to the issues raised.”

This oversight effort is ongoing as minority Committee staff continues gathering evidence and reaching informed conclusions. An official report will be released in the coming months. 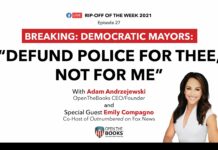 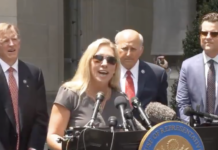 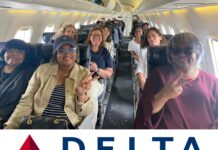