“Bear weasel” or “bearcat” are other names for this endangered mammal in Southeast Asia. Called the binturong, it is long and heavy, with short, stout legs. It has a thick coat of coarse black hair. The bushy and prehensile tail is thick at the root, gradually tapering, and curls inwards at the tip. The muzzle is short and pointed, somewhat turned up at the nose, and is covered with bristly hairs, brown at the points, which lengthen as they diverge, and form a peculiar radiated circle round the face. The eyes are large, black and prominent. The ears are short, rounded, edged with white, and terminated by tufts of black hair. There are six short rounded incisors in each jaw, two canines, which are long and sharp, and six molars on each side. The hair on the legs is short and of a yellowish tinge. The feet are five-toed, with large strong claws; the soles are bare, and applied to the ground throughout the whole of their length; the hind ones are longer than the fore.

It is uncommon in much of its range, and has been assessed as Vulnerable on the IUCN Red List because of a declining population trend that is estimated at more than 30% since the mid 1980s

Both sexes have scent glands which emit an odor reminiscent of popcorn or corn chips, likely due to the volatile compound 2-acetyl-1-pyrroline in the urine. 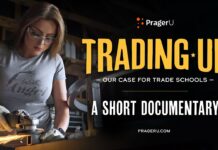 Chloe’s Story: Trading Up (Not college) 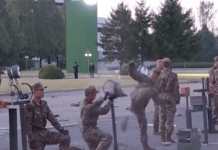