We have been posting about the global supply chain disruption for weeks. Now the world is catching up to us. Remember, we have been suggesting you should start to stock up on things you use that are either manufactured overseas, or constructed in the USA from parts with raw materials sourced from overseas. Especially items you need for Christmas. You’re going to have to get them from existing supplies because no new items are going to make it in time.

It’s all because the world’s supply chain is royally screwed right now. Manufacturing was affected by the lockdowns and fewer items have been made, and fewer raw materials extracted or produced. Globalization has meant that getting parts from other counties is problematic. Containers are in the wrong place or stuck at sea unable to enter harbor to stock up or to land and discharge their cargo.

As a local example, I like to visit the Christmas Tree Shops on Cape Cod. In fact ‘like’ is an understatement, I visit them regularly as I have a lot of visitors and an insatiable flock of wild birds who need seed at rock bottom prices. So I know that usually the CTS stores are full of bins of cheap Chinese crap: tea cloths, oven mitts, melamine plates, knick-knacks, tchotchkes and what-nots. Right now, they’re running on fumes. Bins are now stocked with Cape Cod chips, Tates cookies (from Maine) and many other domestically produced items. Let’s hope their buyers got Christmas ordered early, otherwise they’re going to have to change their name.

Other effects of the pandemic include: people stricken with the disease itself, businesses shut down by local government, or the decision by workers the world over not to return to work until government subsidies run out. The news tweets below illustrate how bad it is, especially in China where most of the hold ups are occurring. In part this is due to a massive resurgence in Covid infections there, and partly it’s because the CCP is flexing its muscles and showing the west who is boss.

China has always had so much "flex" in its logistics network that even during the PPE surge last year, the system didn't totally crack.

But this is the big one. Toyota is a super-star when it comes to inventory control. It created a continuity of operations plan for stockpiling critical components in their supply chain after Fukushima. It also sources as much as possible from Japanese suppliers and has extra local clout as a result. But now, the global semiconductor shortage has finally started to bite at Toyota, highlighting how prolonged disruptions in the global supply chain are affecting even the really big guys.

Toyota is scaling back production in North America and Japan as the surging coronavirus pandemic in Southeast Asia and elsewhere challenges supplies. Japan’s top automaker said Thursday that it will cut back production at home by 40%, affecting 14 auto assembly plants in the country.

In North America, Toyota said it expects August production to be slashed by 60,000 to 90,000 vehicles. A representative from Toyota said that output fluctuates month to month, but that it would equate to a production cut of between 40% and 60%.

“Due to COVID-19 and unexpected events with our supply chain, Toyota is experiencing additional shortages that will affect production at most of our North American plants,” the company said in a prepared statement Thursday. “While the situation remains fluid and complex, our manufacturing and supply chain teams have worked diligently to develop countermeasures to minimize the impact on production.”

The bottom has fallen out when Toyota slows down. 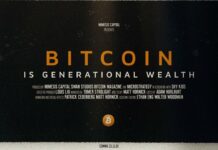 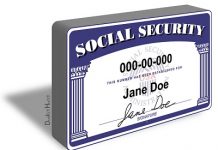