A key member of the Hillary Clinton team appears to have played a role in destroying Afghanistan.

According to The Washington Free Beacon:

Robby Mook, a lieutenant in the U.S. Navy Reserve, has been on active duty abroad since February after taking a hiatus from Democratic politics. In addition to managing Hillary’s failed 2016 campaign and being the first openly gay manager of a major presidential campaign, he was also a state director on her failed 2008 campaign. Most recently, Mook served as president of House Majority PAC during the 2020 election, when Democrats failed to defeat a single Republican incumbent and lost 13 seats in the House, despite winning the presidency.

According to Politico, the failed campaign operative was “part of a group of four public affairs officers dealing with press questions” at Hamid Karzai International Airport in Kabul. An anonymous source described him as “just doing his job” and said the former Hillary aide made a self-deprecating remark about not being recognized.

At least Mook has actually served his country in uniform, unlike White House national security adviser Jake Sullivan, who was Hillary Clinton’s top aide during her tenure as secretary of state, as well as a foreign policy adviser on both of her failed presidential campaigns.

President Joe Biden proudly nominated Sullivan to be “one of the youngest national security advisers in decades” and a key component of his inclusive foreign policy team.

“It’s a team that will keep our country and our people safe and secure,” Biden said, without evidence, in November 2020. “And it’s a team that reflects the fact that America is back, ready to lead the world, not retreat from it. Once again sit at the head of the table. Ready to confront our adversaries and not reject our allies. Ready to stand up for our values.” 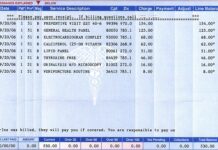