As Charles Dickens wrote many years ago, “It was the best of times, it was the worst of times.” Oh, how true it is today, as we watch Western culture crumble around us — toddlers being forcefully removed from airplanes for not wearing a mask, as Hollywood celebrities and socialist U.S. Representatives gleefully hobnob without such encumbrances. A time when a California mayor decries the “fun police” even as real police crack the skulls of those commoners who defy her mask orders.

To label this the age of foolishness would be a gross understatement.

Americans already were close to a boiling point over vexatious COVID mandates and rules, but last week’s flagrant parading of Leftist Elites’ disdain for the same rules may turn out to be the final straw. When caught violating her own rules, San Francisco Mayor London Breed’s response was precisely what you would expect of someone not only oblivious to her hypocrisy, but resentful of being publicly outed for it.

People are tired of being told to “follow the science” or “do our part,” when such diktat clearly serves as a smokescreen for policies that directly contradict the science, or to protect elites who have no interest in sharing the burden with the rest of us. Then again, as I wrote recently, it was never about science or sacrifice for Democrats. They have their pandemic, and we have ours, each with its set of very distinct — and very different — rules.

It is and always has been about control, and it is hardly a new phenomenon.

Hollywood elites have long lectured us about global warming all while jet setting across the globe in private planes, because their “busy schedules” leave them so little time for standing in line at TSA airport checkpoints. Marxist Black Lives Matter leaders buy million-dollar homes, because “they’ve earned it.” And it has become clear that “#MeToo #BelieveHer” applies, unless of course, the perp is an influential Democrat. The list goes on and on.

In an ironic twist, the scourge of COVID has made this hypocrisy impossible to ignore, as the consequences were no longer in the abstract, but instead are very real and very personal. It is not easy to shrug off losing one’s job because of COVID shutdowns, or to be ejected from an airplane because a child fails to understand how wearing a mask makes all of us “safe,” as Democrat politicians carry on without having to themselves abide by such inconveniences.

Democrats deserve scrutiny of the cruelty of their hypocrisy – and cruel it certainly is – but the more important story is what this behavior belies about the true nature of how Democrats view power, and the people subjected to it. If Democrats operate in one world, immune to the effects of their actions, how can they possibly represent the interests of those they serve in the other world? The answer is, they cannot.

Remember last year when the social justice marches turned into a broader “Defund the Police” movement, then championed by Democrats at all levels? Turns out that defunding the police has abysmal support among Democrats in general, and with black voters specifically. One reason for this disparity is that elitist Democrats, when not living on Twitter where anti-cop rhetoric wins them praise and notoriety, live in gated communities with private security; meanwhile, inner-city minorities who live in communities ravaged by drugs, gangs, and crime know there is but a thin blue line holding back the violence from their doorstep.

The same is true for the Second Amendment, which because of Democrats’ regulatory schemes with costly and time-intensive requirements, has become a privilege of the rich and near-rich, increasingly out of reach for many in the working class. The same can be said for education.

When Democrat politicians forced school closures last year because of COVID, rich Democrats could afford private alternatives and childcare, while working-class parents gave up jobs to stay home with kids (who were forced to sit in front of a computer screen for hours at a time pretending to “distance learn”).

Rep. Alexandria Ocasio-Cortez may be able to tell herself that wearing an expensive dress emblazoned with “tax the rich” (designed, ironically, by a company with its own tax problems) is some sort of performance art disparaging the system. The reality is, however, that AOC is the system; a system with rules enacted by political elites and reinforced by the cultural elites, neither of whom are subject to the realities their policies create.

If this sounds familiar, it is because this is how every anarchist, socialist, and Communist system ended; with the elite living in luxury, while citizens eat their pets to stay alive. As history and those who objectively recount it tell us, sooner or later things will change. 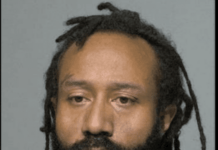