This is a return to the chaos and lawlessness on the border across party lines that preceded Trump’s tenure of office and serves as a partial reminder of why Trump was elected in the first place.

President Joe Biden has reinstated “catch and release,” a policy allowing illegal aliens to be released into the United States pending an immigration hearing — which had been discontinued under former President Donald Trump — resulting in more than 227,000 illegal aliens being released on their own recognizance through Aug. 2021.

That is out of 535,000 aliens apprehended in Fiscal Year 2021 by the U.S. Border Patrol, a porous 42 percent catch-and-release rate by Biden.

For comparison, out of 203,000 apprehensions in Fiscal Year 2020, under Trump, just 308 resulted in an alien being released on their own recognizance, just 0.14 percent.

Everyone else was either detained pending a hearing, stayed in Mexico or was deported.

In short, Trump ended catch and release, and Biden has started it up again.

The data comes as 67 percent of Americans have lost confidence in President Biden’s ability to protect the southern border, disapproving of his handling of the issue, according to an Oct. 6 poll from Quinnipiac.

The reinstatement of catch and release also comes amid a record number of border encounters by the Border Patrol.

The shift in policy came as the Supreme Court in August upheld the Fifth Circuit Court of Appeals ruling that Biden’s rescission of the Remain in Mexico policy was arbitrarily implemented and must continue.

Given the Supreme Court’s ruling, it will interesting to see how many additional illegal immigrants will now be kept in Mexico, but already the Biden administration is floating trial balloons that it still intends to violate the court order and end the migrant protocols.

This is a return to the chaos and lawlessness on the border across party lines that preceded Trump’s tenure of office and serves as a partial reminder of why Trump was elected in the first place.

Proving skeptics wrong, Trump in a very short amount of time secured the border by enforcing existing immigration laws, using emergency funds to build the wall and successfully negotiating the Remain in Mexico policy with Mexico.

That was a track record that would have been easy for Biden to build on top of, thereby taking an issue away from Trump, who is seriously considering running for president again in 2024. Biden would be wise to take the reprieve granted to it by the Supreme Court and reimplement the Remain in Mexico policy wholeheartedly. It was working.

Instead, Biden has once again served the border issue up on a silver platter for Trump, creating an easy opportunity for the former president to exploit in the 2022 midterms and in 2024 should he run again. Trump’s case in 2016 that he made successfully was that he was the only candidate who had the capability and willingness to secure the border. Biden in 2021 is proving him right. 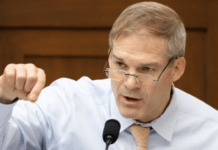 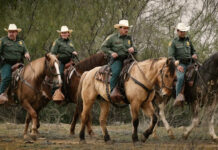