Pages 71-83 of the Senate report detail some of the same China deals that Schweizer writes about in his new book, including Hunter Biden’s involvement with the Chinese investment fund Bohai Harvest and with CEFC China Energy executives Ye Jianming and Patrick Ho.

“Our report uncovered a number of these financial entanglements years ago,” Johnson told The Daily Signal in a written statement Thursday.

Johnson said the senators knew that more information likely would emerge about the president’s son’s deals with figures linked to the Chinese Communist Party. He said:

When Senator Grassley and I released our report in September 2020 revealing these extensive financial transactions between the Biden family and individuals connected to the CCP [Chinese Communist Party], we knew that information was just the tip of the iceberg. While more information about Hunter Biden’s questionable financial arrangements have come to light since our report, a full accounting of Biden Inc.’s financial entanglements with the CCP has yet to be uncovered.

“The records acquired by the committees show that Hunter Biden and his family were involved in a vast financial network that connected them to foreign nationals and foreign governments across the globe,” the report said.

It later added: “These connections and the vast amount of money transferred among and between them don’t just raise conflicts of interest concerns, they raise criminal financial, counterintelligence and extortion concerns.”

Hunter Biden and his partners used holding companies, shell companies, and law firms for consulting deals with companies in Ukraine and China, as well as with Russian billionaire Elena Baturina, the Senate report said.

Delaware U.S. Attorney David Weiss has been investigating the younger Biden’s financial dealings and tax issues since 2018, well before the last presidential election.

Hunter Biden’s most lucrative deal was with Bohai Harvest RST, or BHR, which had an estimated payout of $20 million, according to Schweizer’s reporting.

The younger Biden introduced his father, then vice president under President Barack Obama, to a company executive after getting a lift to China on Air Force Two. The future president’s son resigned from the BHR board in 2019.

Hunter Biden knew BHR’s Che Feng, whom he referred to in emails as “The Super Chairman,” according to Schweizer’s book. Feng formerly was a business partner with a vice minister for state security in China.

Zhao Xuejun, a Chinese Communist Party official, was another figure at the company.

Separately, the president’s son was associated with the Chinese company Burnham Asset Management in an arrangement that had a payout of $5 million, Schweizer writes.

Hunter Biden also co-founded Santa Fe, New Mexico-based Rosemont Realty, which owns commercial buildings in the United States. He began looking for a Chinese buyer in 2011, according to Schweizer’s reporting.

Hong Kong-based Gemini Investments bought the company in 2015. The president’s son made more than $188,000 from the venture.

Gemini Investments is a subsidiary of Sino-Ocean Land Holdings Ltd., which was chaired by the head of the China Ocean Shipping Corp., or COSCO.

Chinese President Xi Jinping has called COSCO “the dragon’s head for China” because of its strategic activities in Europe.

Hunter Biden also had two separate deals with executives of CEFS China Energy, according to the Senate report.

His deal with Ye Jianming, head of CEFC Energy, yielded $6 million, the Senate report said. In 2017, a month after his father left the vice presidency, the younger Biden went to work for Ye as a counselor and adviser.

James Biden, the president’s younger brother, got some of the funds that Ye transferred to Hunter Biden, according to both the Senate report and Schweizer’s book.

Hunter Biden made another $1 million through a deal with one of Ye’s “top lieutenants,” Patrick Ho, according to the Senate report. The FBI arrested Ho in 2017 on suspicion of offering bribes to African officials for energy deals.

Ho once called James Biden looking for Hunter Biden, Schweizer reports in his book. CEFC hired the president’s son as an attorney on Ho’s defense team, paying him $1 million. 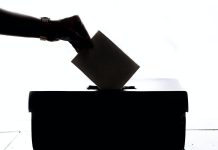 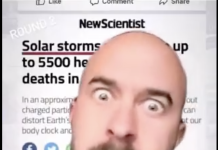