Home APPROPRIATE UK USE What is a battery?

This was sent to me by a reader. What I have checked appears to be true. Please let me know in the comments if you feel it is misleadning.

I think Tesla said it best when they called it an Energy Storage System. That’s important.

They do not make electricity – they store electricity produced elsewhere, primarily by coal, uranium, natural gas-powered plants, or diesel-fueled generators.  So, to say an EV is a zero-emission vehicle is not at all valid.

Einstein’s formula, E=MC2, tells us it takes the same amount of energy to move a five-thousand-pound gasoline-driven automobile a mile as it does an electric one. The only question again is what produces the power? To reiterate, it does not come from the battery; the battery is only the storage device, like a gas tank in a car.

There are two orders of batteries, rechargeable, and single-use. The most common single-use batteries are A, AA, AAA, C, D. 9V, and lantern types. Those dry-cell species use zinc, manganese, lithium, silver oxide, or zinc and carbon to store electricity chemically. Please note they all contain toxic, heavy metals.

Rechargeable batteries only differ in their internal materials, usually lithium-ion, nickel-metal oxide, and nickel-cadmium. The United States uses three billion of these two battery types a year, and most are not recycled; they end up in landfills. California is the only state which requires all batteries be recycled. If you throw your small, used batteries in the trash, here is what happens to them.

All batteries are self-discharging.  That means even when not in use, they leak tiny amounts of energy. You have likely ruined a flashlight or two from an old, ruptured battery. When a battery runs down and can no longer power a toy or light, you think of it as dead; well, it is not. It continues to leak small amounts of electricity. As the chemicals inside it run out, pressure builds inside the battery’s metal casing, and eventually, it cracks. The metals left inside then ooze out. The ooze in your ruined flashlight is toxic, and so is the ooze that will inevitably leak from every battery in a landfill. All batteries eventually rupture; it just takes rechargeable batteries longer to end up in the landfill.

In addition to dry cell batteries, there are also wet cell ones used in automobiles, boats, and motorcycles. The good thing about those is, ninety percent of them are recycled. Unfortunately, we do not yet know how to recycle single-use ones properly.

But that is not half of it.  For those of you excited about electric cars and a green revolution, I want you to take a closer look at batteries and also windmills and solar panels. These three technologies share what we call environmentally destructive embedded costs.

Everything manufactured has two costs associated with it, embedded costs and operating costs. I will explain embedded costs using a can of baked beans as my subject.

In this scenario, baked beans are on sale, so you jump in your car and head for the grocery store. Sure enough, there they are on the shelf for $1.75 a can. As you head to the checkout, you begin to think about the embedded costs in the can of beans.

The first cost is the diesel fuel the farmer used to plow the field, till the ground, harvest the beans, and transport them to the food processor. Not only is his diesel fuel an embedded cost, so are the costs to build the tractors, combines, and trucks. In addition, the farmer might use a nitrogen fertilizer made from natural gas.

Next is the energy costs of cooking the beans, heating the building, transporting the workers, and paying for the vast amounts of electricity used to run the plant. The steel can holding the beans is also an embedded cost. Making the steel can requires mining taconite, shipping it by boat, extracting the iron, placing it in a coal-fired blast furnace, and adding carbon. Then it’s back on another truck to take the beans to the grocery store. Finally, add in the cost of the gasoline for your car.

A typical EV battery weighs one thousand pounds, about the size of a travel trunk. (The new GM HUmmer’s batteryr weighs 2,923 pounds. That’s heavier than a Honda Civic!) It contains 25 pounds of lithium, sixty pounds of nickel, 44 pounds of manganese, 30 pounds cobalt, 200 pounds of copper, and 400 pounds of aluminum, steel, and plastic. Inside are over 6,000 individual lithium-ion cells.

Sixty-eight percent of the world’s cobalt, a significant part of a battery, comes from the Congo. Their mines have no pollution controls, and they employ children who die from handling this toxic material. Should we factor in these diseased kids as part of the cost of driving an electric car?”

I’d like to leave you with these thoughts. California is building the largest battery in the world near San Francisco, and they intend to power it from solar panels and windmills. They claim this is the ultimate in being ‘green,’ but it is not! This construction project is creating an environmental disaster. Let me tell you why.

The main problem with solar arrays is the chemicals needed to process silicate into the silicon used in the panels. To make pure enough silicon requires processing it with hydrochloric acid, sulfuric acid, nitric acid, hydrogen fluoride, trichloroethane, and acetone. In addition, they also need gallium, arsenide, copper-indium-gallium- diselenide, and cadmium-telluride, which also are highly toxic. Silicone dust is a hazard to the workers, and the panels cannot be recycled.

Windmills are the ultimate in embedded costs and environmental destruction. Each weighs 1688 tons (the equivalent of 23 houses) and contains 1300 tons of concrete, 295 tons of steel, 48 tons of iron, 24 tons of fiberglass, and the hard to extract rare earths neodymium, praseodymium, and dysprosium. Each blade weighs 81,000 pounds and will last 15 to 20 years, at which time it must be replaced. We cannot recycle used blades. Sadly, both solar arrays and windmills kill birds, bats, sea life, and migratory insects.

There may be a place for these technologies, but you must look beyond the myth of zero emissions. I predict EVs and windmills will be abandoned once the embedded environmental costs of making and replacing them become apparent.  “Going Green” may sound like the Utopian ideal and are easily espoused, catchy buzzwords, but when you look at the hidden and embedded costs realistically with an open mind, you can see that Going Green is more destructive to the Earth’s environment than meets the eye, for sure.

If this had been titled…  “The Embedded Costs of Going Green,” would you have read it? 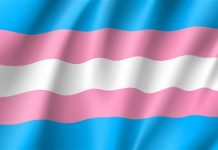