I teach Virginia’s Concealed Handgun Permit course at least twice a week. In nearly every class I have a student who asks, “Why can’t I just fire a warning shot or shoot to wound the attacker?”

Both concepts of warning shots and shooting to wound are problematic, not to mention illegal, and CHP holders need to be aware of the law and its consequences.

For starters, here in the state of Virginia, Code 18.2-280 states that any willful discharge of a firearm in a public setting is at the very least a Class 1 Misdemeanor. If that discharge results in injury to another person, it becomes a Class 6 Felony. The same is true in most other states.

The law basically concludes, and I agree, that your concealed handgun is meant to be a weapon of last resort. If you’re drawing your weapon at all, it means that you’ve exhausted all other options, and using your firearm is now the only way out of danger.

Shooting to wound is also ill-advised — primarily because just wounding them really isn’t your decision to make. Bullets and their trajectory can be very unpredictable — especially in an environment not meant for gunfire.

Think of a quarterback throwing a football and a player on defense managing to reach up and touch the ball after it’s in motion. What happens? The redirected ball goes where the quarterback did not intend. The exact same thing happens to bullets.

From a blade of grass to a human bone, anything can redirect a bullet’s trajectory and send it flying in dangerous, unpredictable directions. I’ve heard countless mind-blowing stories of soldiers getting shot in one place and the bullet exiting somewhere completely unexpected.

I personally know an Iraqi War veteran who was shot in the shoulder and the bullet shattered his hip bone. That’s right – his HIP BONE.

If you intend to just wound an attacker it may kill them regardless — or cause grievous, long-term injuries leaving you legally exposed.

Bottom Line: If you’re not truly prepared to kill your attacker, don’t pull the trigger. Period. 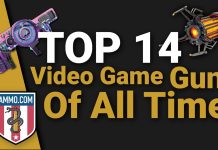 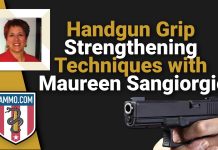