…today I am directing the Secretary of the Navy, in coordination with the Commander of the United States Indo-Pacific Command, to take all steps necessary to defuel and permanently close the Red Hill Bulk Fuel Storage Facility.

So says, the Secretary of Defense Lloyd J. Austin III. Using contamination of the local water supply as the reason, Biden’s SecDef is taking away the current fueling capability of the US Navy in the Pacific and making vague promises about its replacement with commercial storage. Right now, the US does not have the tankers or logistics to sustain the fleet should we ever face a naval war with China as the next stop for gas is Guam or Singapore.

Here’s what he said in the official announcement.

Following Secretary Austin’s direction, the Department of Defense will safely defuel and close the Red Hill fuel storage facility in Oahu, Hawaii. The Red Hill facility will be defueled in compliance with environmental safeguards and in accordance with applicable federal, state, and local regulations. By no later than May 31, 2022, the Secretary of the Navy and Director, DLA will provide a plan of action with milestones to defuel the facility. The plan of action shall require that defueling operations commence as soon as practicable after the facility is deemed safe for defueling and shall target the completion of that defueling within 12 months.

To advance the goals set forth in INDOPACOM’s long-term plan for strategic fuel storage in the Pacific, the Department of Defense will reposition fuel stored at Red Hill by leveraging commercial infrastructure.

The Department of Defense will ensure that relocated fuel will be stored according to all applicable environmental regulations. Afloat storage vessels will be U.S. flagged and crewed and will be operated in accordance with U.S. Coast Guard safety and environmental standards.

Department of Defense plans to realign fuel reserves for operations in the Pacific theater support the warfighter while protecting the people of Hawaii, our military families, the environment, and the security of the nation.

As the Department of Defense moves forward in closing Red Hill and redistributing fuel reserves, it will involve our federal, congressional, state, and community stakeholders.

The Department of Defense remains committed to mitigating the impacts of the November incident on the environment, and to care for all affected people and families. We will continue our focused work on environmental mitigation efforts for the Red Hill drinking water well and any other impacted areas.

We will restore safe drinking water to all affected residents and provide best-in-class sampling and testing to ensure the continued safety of drinking water. Rapid Response Teams were

established and are on call 24-hours a day to respond to resident concerns about their water. These teams are trained to address problems on scene and can conduct flushing and testing as well. Physical and virtual “Storefronts” were established to assist military families as well as non-federal civilians serviced by the Navy’s water system with claims and entitlements.

In-person town hall events were initially held by the Army and Navy, along with public health experts and project engineers to answer questions and explain Navy efforts to restore safe drinking water. They later shifted to daily virtual engagements via Facebook Live: Joint Base Water Daily Update hosted by Commander, Navy Region Hawaii Chief of Staff. The commander of the Army’s Task Force Ohana continues to conduct regular town hall meetings, in person and over Facebook, to address the concerns of those living in Army housing areas affected by the contamination. Additionally, Army and Navy representatives participate in local neighborhood boards to address questions from predominately non-military residents about the progress of restoring the drinking water system. Command leadership teams conduct periodic visits to neighborhoods to speak with family members, and are engaged in all communities.

We are committed to providing care for our military families by addressing any health impacts from this incident and by using available authorities to provide assistance to address displacement from homes or damage to household goods. 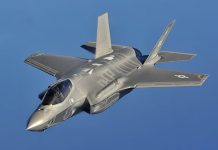 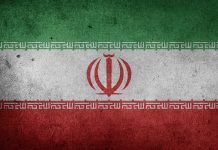 Saudi Researcher: Iran has “friends” in DC. Guess who?