Most people would say high prices are the biggest problem with health care in the United States. But high prices should be viewed as the symptom of the real problem, which is “third-party payer.”

And what is third-party payer?

It’s the fact that consumers purchase health care with other people’s money. And we should blame government intervention.

To be more specific, the vast majority of purchases are financed by government programs such as Medicare and Medicaid, or by insurance policies that are subsidized by the tax code’s healthcare exclusion.

And that means people have very little reason to care about the cost of care – creating a recipe for higher costs and inefficiency.

Mark Perry of the American Enterprise Institute explains the problem.

One of the reasons that the costs of medical care services in the US have increased more than twice as much as general consumer prices since 1998 is that a large and increasing share of medical costs are paid by third parties (private health insurance, Medicare, Medicaid, Department of Veterans Affairs, etc.) and only a small and shrinking percentage of health care costs are paid out-of-pocket by consumers. …Consumers of health care have significantly reduced incentives to monitor prices and be cost-conscious buyers of medical and hospital services when they pay less than $1 themselves out of every $10 spent, and the incentives of medical care providers to hold costs down are greatly reduced knowing that their customers aren’t paying out-of-pocket and aren’t price sensitive.

Some people wonder whether there’s something about the health sector that automatically and inevitably causes higher prices.

But that’s not true. Mark has a table showing that cosmetic surgery costs have not increased faster than inflation.

And what makes cosmetic surgery different than other types of medical procedures?

Cosmetic procedures, unlike most medical services, are not usually covered by insurance. Patients typically paying 100% out-of-pocket for elective aesthetic procedures are cost-conscious and have strong incentives to shop around and compare prices at the dozens of competing providers in any large city. Providers operate in a very competitive market with transparent pricing and therefore have incentives to provide cosmetic procedures at competitive prices. Those providers are also less burdened and encumbered by the bureaucratic paperwork that is typically involved with the provision of most standard medical care with third-party payments. …the prices of most cosmetic procedures have fallen in real terms since 1998, and some non-surgical procedures have even fallen in nominal dollars… In all cases, cosmetic procedures have increased in price by far less than the 132% increase in the price of medical care services between 1998 and 2021 and the 230% increase in prices for hospital services.

If you want videos on the topic, here’s a Dutch expert explaining the issue. I also recommend this clever cartoon video that explains third-party payer and this video from the Center for Freedom and Prosperity. And this Reason video on how costs are lower when actual markets operate. 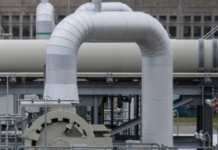