Home ANews Holland is #2 ag exporter in world. But now the Dutch Government...

Dutch Gestapo confronting a farmer protester with his gun drawn. Don’t you dare protest. You will own nothing and you will be happy. pic.twitter.com/UND0b8Xcx2

You read about the irate protests by Dutch farmers, inspired by the Canadian truckers’ protests in Ottawa, here. Now they are escalating – and their wrath is garnering support across the world.

They are protesting against the government’s far-reaching and insane (this usually implies the WEF was behind it) plans to cut nitrogen emissions. In one of their largest-ever demonstrations, the farmers demanded the scrapping of recently announced plans by the Hague-based government to reduce these emissions, which could see a 30 percent reduction in livestock.

The Netherlands, the world’s second-largest agricultural exporter, is one of the top greenhouse gas emitters in Europe — especially of nitrogen — with much of this blamed on cattle-produced manure and fertiliser. Naturally they are taking on the new enemy of the New World Order – the farmers. They hate people that control things they can’t. Over the past three decades, farmers have been persecuted under the guise of ecology and conservation when in reality these people are the natural protectors of our lands and resources.

The Dutch government was surprisingly honest about their treachery: “The honest message is that not all farmers can continue their business.”

You can’t just close farms that are hundreds of years old. You just can’t!” – Netherlands citizen.

The situation today in many Dutch supermarkets. No farmers, no food. pic.twitter.com/pWcY4lrT75

Right now, food shortages are now hitting the supermarket shelves. And the police are getting violent. Which is what happens in countries, formerly tolerant, which are now run by unelected bureaucrats who don’t like dissent.

?? The Dutch police have fired shots at completely peaceful and unarmed farmers. This is why you don’t give up your guns; unarmed people don’t stand a change against tyranny. pic.twitter.com/K1UN5J1U0c 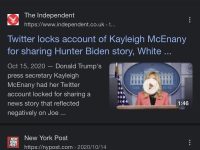 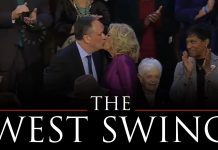