Home ANews ‘We Love Killing Babies’: What I Saw at Women’s March Protest

Protests around the nation continue in the aftermath of the Supreme Court’s decision to overturn Roe v. Wade and return the issue of abortion to the American people.

On Saturday, feminist organization Women’s March marched their way from a park to the fence in front of the White House, buffeted by rain all the while.

The protesters began by gathering at Franklin Square 10 minutes away from the White House. They listened to a series of speeches by protest leaders before eventually leaving the park.

As the rain begins to fall, more and more protesters arrive. The crowd is ballooning. A small contingent of pro-life Christians stands on the corner across from the park.

“This is the summer of rage!” screams a speaker. The crowd here numbers in the hundreds, not quite the thousand they promised.

As the rain begins to fall, more and more protesters arrive. The crowd is ballooning. A small contingent of pro-life Christians stands on the corner across from the park.

The march is beginning. Protesters are heading to The White House. Many plan to intentionally get arrested.

A collection of signs from the @womensmarch protest. My personal favorite is the future is “femole.” pic.twitter.com/XmU5wOo74v

The protesters made their way through the streets of Washington D.C., chanting and yelling all the while. A pro-life Christian group followed them on the sides of the road. As the pro-abortion group turned to head towards the White House, one of the protesters blocked a pro-life sign and screamed “We love killing babies!”

A pro-life activist pleads with pro-abortion protesters to choose life. The words seem to fall on deaf ears pic.twitter.com/Kz8xxYpSdz

Eventually, the march reached the White House. Pro-abortion protesters slowly made their way through Lafayette Square to the fence outside the north entrance to the White House. Once at the fence, they began to tie bandanas and themselves to fence while police and Secret Service agents watched on.

A protest leader gives instructions to those protesters wanting to get arrested. pic.twitter.com/OFVFNCNHLz

A lone pro-lifer stands in front of the White House. A pro-abortion protester tried to get a cop to force him to leave. pic.twitter.com/e3Kugqfmv8

It never stops shocking me just how racist the left is towards black people they disagree with. pic.twitter.com/lHW3BVMyax

After a little less than an hour, the crowd began to clear. Some continued to march their way downtown, others left. At the end of the day, it seemed like nobody had been arrested. 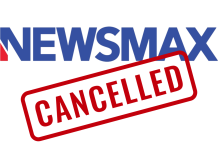