Fox News’s Adam Shaw and Joe Schoffstall reported on Thursday that the Vera Institute of Justice, with financial ties to Soros who funds a chair at the organization, has won a federal contract for $171.7 million that will provide attorneys with the assets to help Unaccompanied Alien Children (UACs) to avoid deportation from the United States. Breitbart. This means that on one side we have the federally funded Border Patrol, the state-funded border police and local judiciary versus the might of the Administration. On what planet does it make sense to pit tax dollars against tax dollars so that lefty non-profits and lawyers prosper? 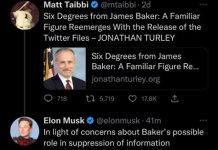