Homeschooled children fared better than children who attended public schools in many categories.

The scholars analyzed data of over 12,000 children of nurses who participated in surveys between 1999 and 2010 and found that homeschooled children were about one-third more likely to engage in volunteerism and have higher levels of forgiveness in early adulthood than those children who attended public schools. Homeschooled children were also more likely to attend religious services in adulthood than children educated in public schools, which the researchers noted is correlated with “lower risks of alcohol and drug abuse, depression and suicide.”

The new findings offer a stark contrast to the portrayal of homeschoolers by Harvard Law School professor Elizabeth Bartholet, who notoriously called for a “presumptive ban” on homeschooling last year—just before the US homeschool population ballooned to more than 11 percent of the overall school-age population, or more than five million students, in the wake of the coronavirus response.

In their Journal Op-Ed, Case and Chen challenged their colleague.

“The picture of the home-schooled student that emerges from the data doesn’t resemble the socially awkward and ignorant stereotype to which Ms. Bartholet and others appeal. Rather, home-schooled children generally develop into well-adjusted, responsible and socially engaged young adults,” they wrote.

The Harvard researchers also discovered that homeschooled students were less likely to attend college than their public school peers. Some media outlets latched onto this finding in their headlines, while ignoring the Harvard scholars’ speculation that this could be due to a variety of factors. Homeschoolers could be choosing alternatives to college as a pathway to adulthood, and college admissions practices may create barriers for homeschooled students.

I reached out to Case and Chen for additional comments on their study’s findings, including how they think the homeschooling data and outcomes might have changed since 2010, when their data set ended.

“We are also glad to see that some colleges, including some top-tier colleges, have become more flexible in their admission policies for homeschoolers over the past years,” Chen responded.

The researchers also suspect that the well-being gap between homeschoolers and public school students has widened over the past decade, with homeschoolers faring even better.

“For instance, social media apps have come to smartphones over the past few years, leading to their widespread adoption by teenagers and even younger children,” Chen told me this week. “Some prior studies suggested that such increasing smartphone use may have contributed to the recent huge spikes in adolescent depression, anxiety, and school loneliness. Cyberbullying, sexting and ‘phubbing’ have also become more common in children’s daily lives, especially in school settings. We might expect that these issues may be less common among homeschoolers than their public school peers.”

As more families experimented with homeschooling last year, and many of them decided to continue this fall, the new Harvard data should help them to feel confident about their education choice. In terms of human flourishing, homeschoolers are doing well—perhaps even better than their schooled peers.

“Many parents opted to try homeschooling during the COVID pandemic,” said Chen. “Hopefully, the public awareness about homeschooling and the related practices and support for homeschoolers will be improved in the long run.”

Kerry McDonald is a Senior Education Fellow at FEE and host of the weekly LiberatED podcast. She is also the author of Unschooled: Raising Curious, Well-Educated Children Outside the Conventional Classroom (Chicago Review Press, 2019), an adjunct scholar at the Cato Institute, and a regular Forbes contributor. Kerry has a B.A. in economics from Bowdoin College and an M.Ed. in education policy from Harvard University. She lives in Cambridge, Massachusetts with her husband and four children. You can sign up for her weekly newsletter on parenting and education here. 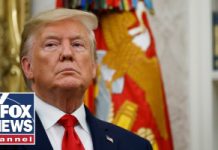