Famed lawyer Ken Starr died unexpectedly Tuesday following complications from surgery after a long and previously undisclosed illness. He had a long and storied—and somewhat controversial—career.

Starr, 76, was born in Vernon, Texas, and was a Texan through and through. A graduate of George Washington University and Duke Law School (with a master’s degree from Brown University in between), Starr was an early standout. Following a clerkship with a judge on the U.S. 5th Circuit Court of Appeals, Starr clerked for Chief Justice Warren Burger on the Supreme Court.

Following a brief stint in private practice, Starr joined President Ronald Reagan’s Justice Department in 1981 as a counselor to Attorney General William French Smith. At the ripe old age of 37, Starr was nominated by Reagan to the U.S. Court of Appeals for the D.C. Circuit—the second-most powerful court in the country—where he served for six years.

He left the bench—most likely to his regret—in 1989 to accept the position of solicitor general under President George H.W. Bush. Between his stint as solicitor general and in private practice, Starr argued 36 cases before the Supreme Court.

In 1990, following the retirement of Supreme Court Justice William Brennan, a liberal icon, Starr was a finalist for the Supreme Court seat, as was 5th Circuit Judge Edith Jones, another solid conservative. The president ultimately elevated David Souter to the position, who became a reliable vote with the justices in the liberal bloc of the high court to the great disappointment and chagrin of conservatives.

In 1994, in what was perhaps the seminal moment of his career, Starr was appointed to succeed Robert Fiske as independent counsel investigating a failed (and fraudulent) real estate investment in the Whitewater Development Corp. involving President Bill Clinton and his wife, Hillary Clinton, with partner Jim McDougal—who operated a prominent savings and loan association in Arkansas—and his wife, Susan.

Although praised by both sides of the political aisle at the time of his appointment for his intellect and his integrity, Starr was ultimately pilloried by Democrats as a partisan hack, including in a book by Democratic strategist-pundit James Carville in his book “And the Horse He Rode in On: The People v. Kenneth Starr.”

The scope of Starr’s investigation unexpectedly grew to include other matters, including the firing of personnel in the White House Travel Office, the suicide (and suspected homicide) of White House aide Vince Foster, and—most famously—an allegation of perjury in connection with a civil sexual harassment lawsuit filed by Paula Jones against Clinton and before a grand jury that was convened to investigate the matter, which included lying about a sexual liaison Clinton had with Monica Lewinsky, a White House intern.

Despite obtaining more than a dozen convictions related to that investigation, Starr’s tenure as independent counsel was overshadowed by the subsequent impeachment—and acquittal—of Clinton for perjury. The investigation so dominated the news that Time magazine named Starr and Clinton as its Men of the Year in 1998.

In his 2018 memoir “Contempt: A Memoir of the Clinton Investigation,” Starr said, “I deeply regret that I took on the Lewinsky phase of the investigation.” But, he added, “at the same time, as I still see it 20 years later, there was no practical alternative to my doing so.”

He also noted that “[m]uch of the drama was tragically unnecessary, in my view, a self-inflicted wound by a talented but deeply flawed president who showed contempt for the law, the American people and the women he had used,” adding: “Yet ultimately, much of the nation readily forgave Bill Clinton and instead blamed the prosecutor: me.”

Despite the criticism—and Clinton’s acquittal following his impeachment trial—Starr’s successor, Richard Ray, negotiated a resolution with Clinton, based largely on the evidence that Starr’s office uncovered, in which Clinton’s Arkansas law license was suspended for five years, and he paid a fine of $25,000.

Clinton was also held in contempt for lying during his deposition in the Paula Jones case and was fined $90,000 and settled that case by paying $850,000 to Jones.

Following his stint as independent counsel, Starr served as the dean of Pepperdine Law School (where he hired me as a distinguished practitioner in residence) before being named as president of Baylor College in 2010.

Although a popular presence on campus, Starr was demoted and ultimately resigned from Baylor after an investigation concluded that the university had mishandled allegations of serious sexual misconduct by several members of the football team. Although he denied knowledge of the misconduct or the allegations, he took responsibility for what happened, declaring: “The captain goes down with the ship.”

Following his resignation from Baylor in 2016, Starr returned to private practice, where he wrote and spoke frequently about religious liberty, including a 2021 book, “Religious Liberty in Crisis: Exercising Your Faith in an Age of Uncertainty.”

He represented several prominent individuals, including serving as a member of President Donald Trump’s defense team during his first impeachment trial, which, like the Clinton impeachment, also ended in an acquittal.

In an email after his passing, Starr’s devoted wife, Alice, called her husband a “brilliant, kind, and loving” man who, despite what his critics said, “did not have a mean bone in his body … and he never responded in kind to hurtful libel or slander.”

I can attest to all of that, based on my many interactions with Starr over the years.

In a statement following the announcement of his passing, Chief Justice John Roberts said, “Ken loved our country and served it with dedication and distinction. He led by example, in the legal profession, public service, and the community.”

May he rest in peace.

John G. Malcolm is the vice president of the Institute for Constitutional Government and director of the Edwin Meese III Center for Legal and Judicial Studies, overseeing The Heritage Foundation’s work to increase understanding of the Constitution and the rule of law. Original here. Reproduced with permission. 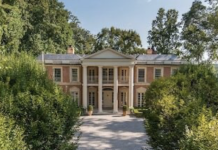 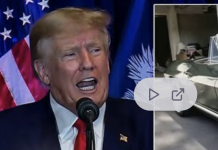