The South Pole is melting, right?

The records follow the six-month winter of 2020-21, which was the coldest since records began in 1957. Inexplicably, all these facts and trends have escaped reporting in the mainstream media. [emphasis, links added]

The excuse might be that it is just weather, and temperatures have always moved up and down. But the excuse doesn’t seem to apply to the July 19th U.K. high of 40.3°C at RAF Coningsby, recorded at the side of the runway used by after-burning Typhoon jets.

This record high has barely been out of the Net Zero headlines ever since.

In fact, anything getting colder barely gets a look-in these days. Arctic sea ice is making a significant, near-silent comeback. More here

The JPL study referenced in its press release was published in Nature Communications, Earth & Environment.

“New results show average sea-level rise approaching the 1-foot mark for most coastlines of the contiguous U.S. by 2050. The Gulf Coast and Southeast will see the most change,” reports the subheading of the Phys.org article.

A number of federal agencies contributed to the report, including NASA, the National Oceanic and Atmospheric Administration, and the U.S. Geological Survey.

After examining 28 years of satellite data, they estimated seas could rise between 10 to 18 inches, depending upon the coastline, over the next 30 years. The problem is the study makes three significant mistakes. First, the accelerated rate of sea-level rise (SLR) the researchers perceived in recent years appears to be an artifact of switching between different satellites during the period of measurement, not an increase in the rate of rise. More here. 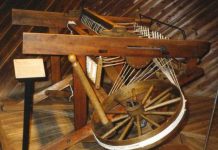 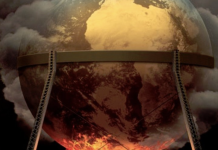